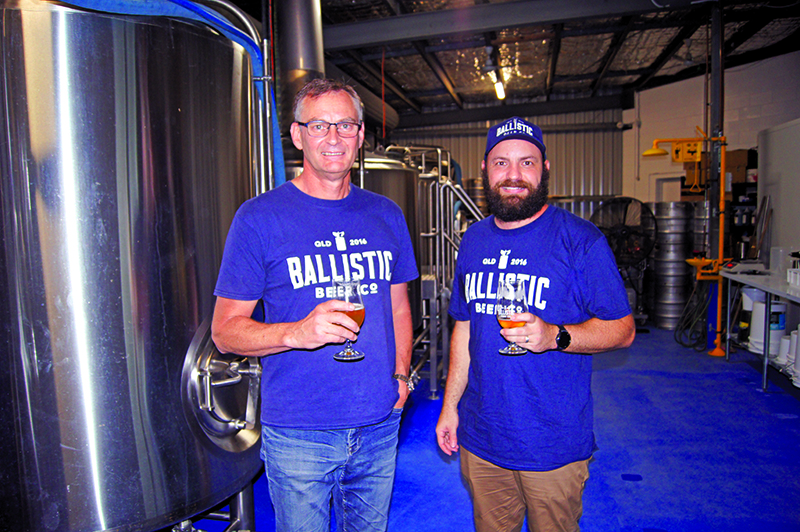 Ballistic Brew Up A Storm At World Beer Competitions

Conducted by the Royal Agricultural Society of Victoria, AIBA is the largest annual beer competition in the world, assessing both draught and packaged beer.

Ballistic have exploded into the craft industry in their five short years, being awarded five silver medals and three bronzes at the highly coveted annual event this year, which attracts entries from around the globe.

Their new base of operations at Ballistic Whitsundays in Cannonvale are looking forward to entering their Whitsundays beer in the AIBA competition next year.

David Kitchen, commander-in-chief at Ballistic said that the medal haul that Ballistic have won this year brings their AIBA total to six gold, 17 silver and 11 bronze medals.

“We are incredibly proud that our beer has been recognised alongside some of the world’s best brews,” Mr Kitchen said.

“AIBA medals are an industry seal of excellence; recognition from some of our most respected peers spurs us on to keep innovating for our loyal, long-standing customers, as well as those who are only just discovering Ballistic.

“Regional communities are the beating heart of Queensland, and we know that if we want to become Queensland’s favourite craft beer, we need to expand beyond Brisbane.”

This year there were 2502 entries from 402 breweries over 21 countries, with 261 of the breweries coming from Australia.