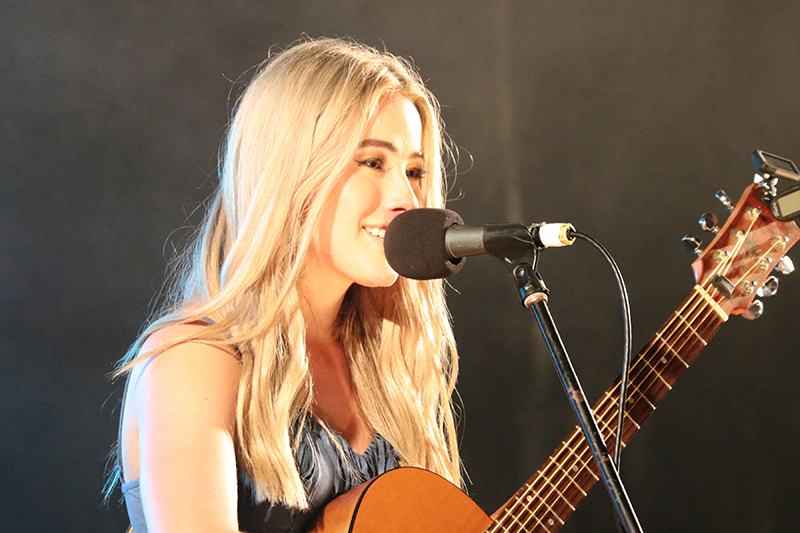 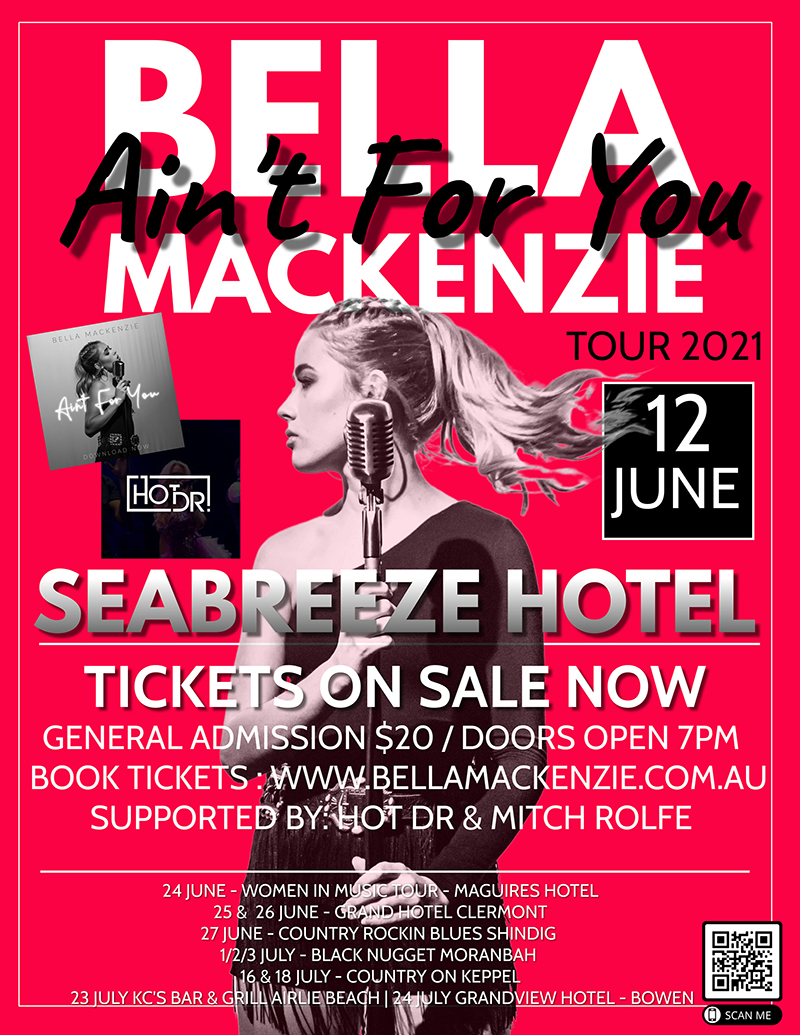 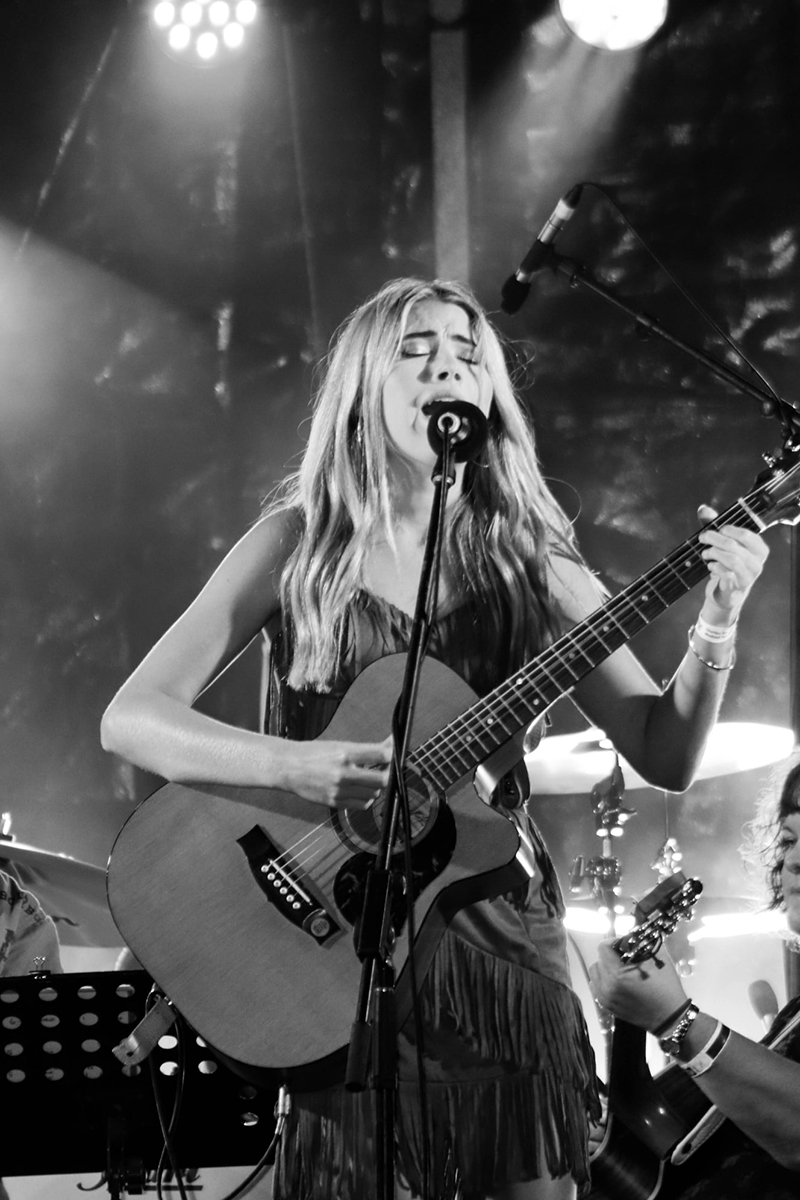 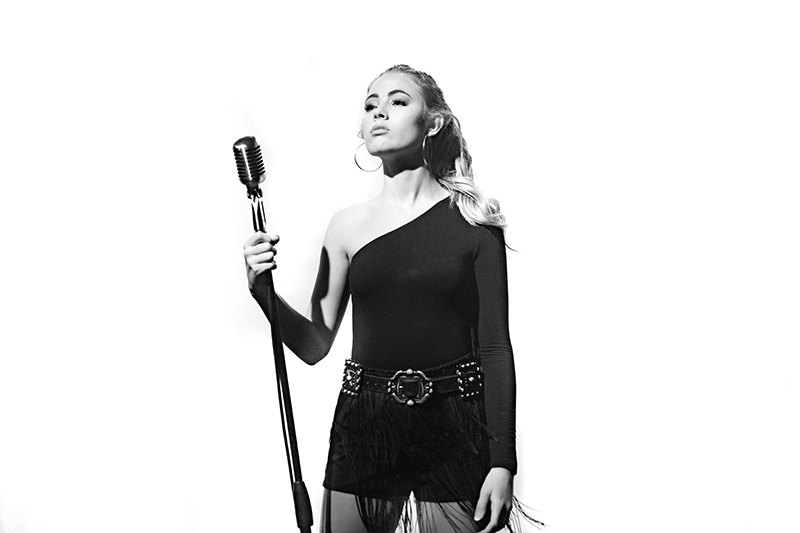 Catch Bella’s Live Gig Before She Heads On Tour

She is about to embark on a regional Queensland tour, giving fans and lovers of live music the opportunity to see her perform here in Mackay before she hits the road.

Bella released her second single last month, ‘Ain’t For You’ which she used gig money for to cover the production costs. The making of the single was partly funded by the RADF program by the Mackay Regional Council and the rest she paid for herself, which is no easy feat considering she’s still at school.

Bella’s unique upbringing inspired her to pursue her passion for singing and songwriting.

Growing up at her family’s hotel The Black Nugget in Moranbah, Bella said that seeing a diverse range of musicians performing live music every weekend motivated and inspired her.

“We had lots of local entertainers and touring music acts come through the hotel, which I would listen to, watch and sometimes join them up on stage. Entertaining people and making them happy was ingrained into me from a young age,” Bella said.

It’s hard to fathom this musician is only 16 when you see her impressive resume of stars she has performed with and events she has sung at. She wowed hundreds of people at the MECC earlier this year at the Australia Day Awards, as part of the entertainment alongside country music legend Graeme Connors. She was also a nominee of an Australia Day Award that night.

Bella’s ticketed event is being hosted by the Seabreeze Hotel who have encouraged the young artist to reach for the stars. This is Mackay’s best chance to see Bella perform before she hits the big time and is lured to the bright lights of a big city.

She will be backed by a full band who will join Bella in performing a host of her original songs.

She says the performance is a chance to give back to the local music community who have embraced and nurtured her passion for performing.

“This show means jobs for the supporting act, band and sound crew, the businesses setting up lighting and equipment and to give local hospitality a boost. Gigs like this are important to nurture new talent while renewing Mackay’s live music scene.”

Bella is passionate about supporting local businesses and giving local tourism exposure. The video which is getting airplay on the CMT Music Channel was filmed in Mackay by locals.

Bella has won a host of awards for her musical talent and songwriting skills across Australia and internationally. Her most recent award was to be named in the Highly Commended category at the 2021 Queensland Music Awards and she was also named the Overall Junior winner of the Charters Towers Country Music Festival for the second year running.

Her ticketed event at the Seabreeze hotel on 12 June caps off a busy month for Bella, who toured with Toyota Australia Starmaker winner, Sammy White and Brooke Schubert; and she also opened the party at the Nebo Rodeo.

Tickets are $20 adult and $10 student (family friendly event) and can be purchased from Bella’s website: www.bellamackenzie.com.au

Great Barrel Of Laughs At Great Barrier Reef Festival
Get Your Song On At The Reef Festival’s Pub Choir
Movie Review: Black Widow (2021)