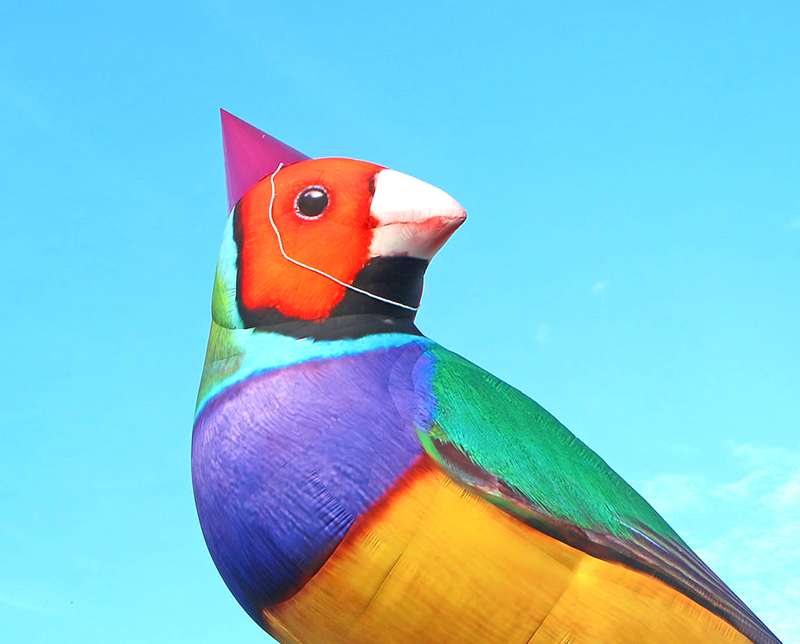 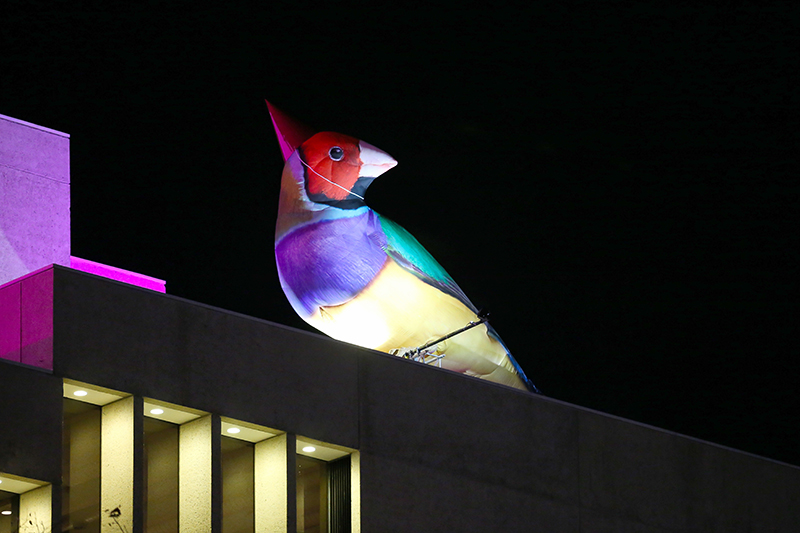 Colourful Friends About To Fly The Coop

From the Bluewater Lagoon to the Mackay Showgrounds, locals have noticed some colourful friends perched on the horizons.

Six giant Gouldian Finches, complete with party hats, flew into Mackay last weekend for the Mackay Festival of Arts. But their unusual migration is almost at an end, these fantastic finches will fly the coop on Sunday 25 July.

Take a tour of the CBD this weekend to see them all before they fly away, they are perched atop Artspace Mackay, Bluewater Quay, Bluewater Lagoon, Rydges Mackay, Caneland Central and Mackay Showgrounds.

The work made its world premiere at Brisbane Festival in 2020 when Brisbane Festival artistic director Louise Bezzina commissioned the colourful Messengers of Brisbane installation as a beacon of hope for the city following an extended COVID-19 lockdown.

“Louise actually used to be the Mackay Festivals coordinator many years ago, so it’s tremendous to be able to connect with her again and secure these amazing artworks for our festival,” Mayor Williamson said.

Ms Bezzina said the giant Gouldian Finches were glorious visual reminders to look up and smile, to experience a moment of joy and to celebrate.

“The Messengers will not only inspire and invigorate regional communities but will help bring locals and visitors to regions that are emerging from the interruptions of COVID-19 lockdowns and restrictions,” she said.

Based in The Netherlands, Mr Hofman worked with Brisbane’s UAP (Urban Art Projects) to bring his concept and designs to life for the major commission.

“This work breathes hope for better days. It symbolises celebrating life and being positive... especially during this period,” Hofman said.

Once found across northern Australia in their millions, in recent decades the population of the Gouldian Finch has declined dramatically to an estimated 2500 mature individuals.  It’s hoped that these installations will help to raise the profile of this declining species. For more information, head to australianwildlife.org/wildlife/gouldian-finch/