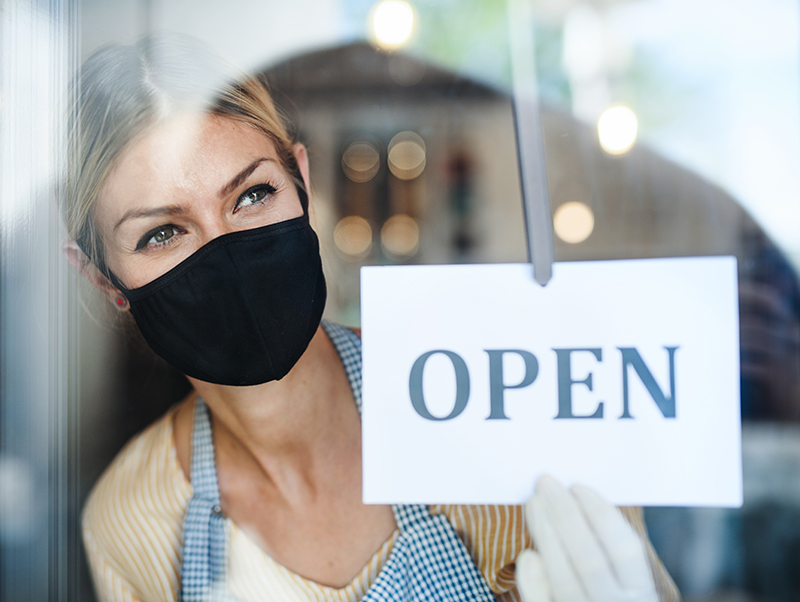 In a heated discussion at the Council Ordinary meeting last week the Whitsunday Regional Council voted unanimously to send a carefully worded letter to the Premier, passing on feedback about how the impending mandate, which is due to forbid any unvaccinated people from entering venues from Friday 17th December, will affect the hospitality industry.

Since the mandate was released three weeks ago, many local hospitality operators have been struggling to understand how they will enforce this new rule and check each patron’s COVID passport prior to entry.

At the same time, they have been grappling with losing staff members who are not vaccinated, some establishments reporting that up to 50 per cent of their workforce will no longer be permitted to enter their place of work while some tourism operators have reported cancelling 30 per cent of their bookings because they were made by unvaccinated people.

While double vaccinated people are 76 per cent less likely to contract COVID, they are still able to carry the disease and spread it to unvaccinated people. With the borders re-opening and an increase of southern tourists visiting the area from COVID hotspots, authorities are fearful of an outbreak which would put additional strain on our regional health care system. The mandate has been introduced to minimise this potential threat.

At the Council meeting last week, Mayor Andrew Willcox brought forward a motion for the Whitsunday Regional Council to send a letter to Premier Annastacia Palaszczuk asking her to reconsider the mandate.

He stated that despite local Council not being the lead agency or the law makers regarding health, he felt it was their responsibility to stand up for the hospitality industry which has already had to endure so much in the past 18 months.

Councillor Jan Clifford agreed saying that the new mandate is going to hit the area she is responsible for the most and knows of one business that stands to lose 300 employees.

“To have these people fired a week before Christmas with no hope of getting another job because they are a ‘leper’ is just horrendous and I don’t believe this has been clearly thought through,” she said.

“Why is it just the hospitality industry that has been singled out? It’s not fair and it’s not Australian!”

Cr Clifford suggested that it should be up to businesses to decide the level of restriction they impose, perhaps placing a sign outside their establishment to let patrons know some unvaccinated staff or customers may be present and social distancing is in place.

Cr Brunker stated that he sees no problem in asking venues to enforce the rules, saying there is no difference between imposing the non-smoking rules when they came into place years ago, and no difference to the other COVID restrictions on the number of patrons allowed entry last year.

Following a lengthy debate, a series of amendments were made to the mayor’s original motion – firstly, to reinforce the fact that all Councillors were double-vaxxed and actively promoting the vaccine. It was also decided to remove a section which asked the Premier to reconsider the mandate, opting for a gentler approach which simply reported the community feedback and stated that the Premier ‘take into consideration the concerns of the business community’.

As of last week, 78.9 per cent of Whitsunday residents had received their first vaccine and 63 per cent were double vaxxed.

“To have these people fired a week before Christmas with no hope of getting another job…… is just horrendous…..”

The discussion about the new mandate got off to a rocky start at last weeks’ Ordinary Council meeting with a clash between Mayor Andrew Willcox and Councillor Mike Brunker.

It was Cr Brunker’s view that the wording used in the motion moved by Mayor Willcox was different to the one all Councillors had agreed upon the day before and he called it a ‘hillbilly hijack’ of the previous day’s agreement.

“It’s [the mandate] got nothing to do with us – it’s a state government bill,” said Cr Brunker who wished to remove a section in the motion stating they wished the Premier to reconsider the mandate.

“What concerns me is how you’re getting your federal role mixed up with your local role.”

Mayor Willcox hit back saying that the conversation yesterday was simply a starting point and that he had fine-tuned the motion he wished to put forward overnight.

He reasserted that he was simply stepping up for the community and going in to bat for them.

“We don’t just have to follow the party line, we need to represent our community,” he said.

“While I am running Council the decisions will be made in the board room.”

Councillor Al Grundy defused the situation by offering some further amendments to the motion and stating that he had personally received emails from residents that were both for and against.