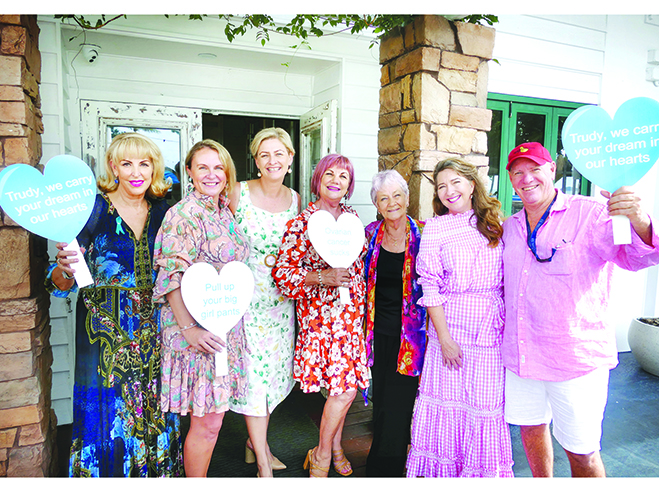 HIGH TEA FOR GOOD CAUSE

Over one hundred people gathered for the inaugural Beachside High Tea on Mother’s Day weekend to raise awareness and funds for a disease which has cost countless lives among women – ovarian cancer.

The event was organised by the Trudy Crowley Foundation, a Mackay-based charity who have tirelessly worked to help educate and comfort women and families who are going through a diagnosis.

During the afternoon festivities, Chairperson for the Trudy Crowley Foundation and Mackay Councillor Pauline Townsend told guests about the origins of the foundation.

Trudy Crowley was an inspiring Mackay local who was diagnosed with ovarian cancer in 2016. At the time there was no education or literature about the disease, and she felt very alone and unsupported.

Instead of hiding away, Trudy amassed the strength to use the limited time she had left to change this situation for those who receive an ovarian cancer diagnosis in the future.

Since then, numerous events have been held in her honour, the proceeds of which were able to employ a palliative Care Nurse called Rosie Stannard and a dedicated Cancer Counsellor called Bec Snell.

In addition, a Support Centre has been opened in Mackay, offering women a safe space to receive care and connect with others.

Fish D’Vine hosted the event, contributing catering for cost price to support the cause.

Amazing Array Of Arts Will Stun At Record Breaking Festival
A Dragon, I Saw A Dragon!
Here Comes The Bridal Gowns