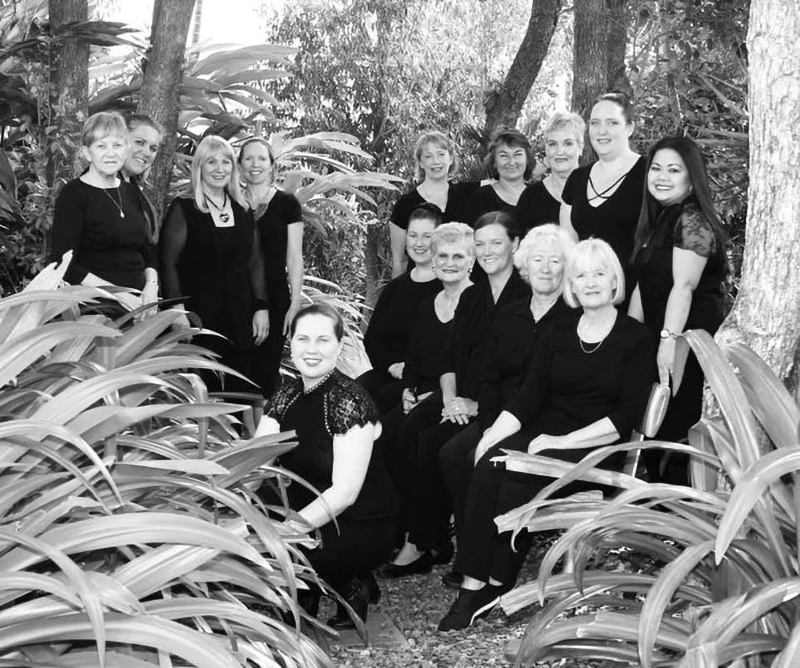 Caption: All-female vocal ensemble Tutti is performing at the Conservatorium of Music next month.

Local vocal ensemble Tutti is proud to present “Swing and Song” this July at the Conservatorium of Music Mackay.

But who is Tutti?

Tutti is an all-female vocal ensemble under the direction of Jan Whelan. Jan is known around town not only for her work with the Mackay Choral Society and Mackay Musical Comedy Players but also her accompanying work with soloists, school choirs and music ministries. Jan started the ensemble back in 2002 as a small ensemble and trio and quartets.

Over the years many vocalists have graced the stage all over North Queensland under the name Tutti.

The ensemble has competed several times in competitions across Queensland and have been described by several leading adjudicators as “spectacular” and “glamorous”.

Current vocalists of the group include some well- known members in the community, performers, teachers and key members of other performing groups.  All the members of the group have some knowledge and expertise in different music styles and the delectable combination of these voices is purely stunning. The program is filled with luscious harmonies and different song genres including swing, latin, ballads and folk.

Swing and Song also includes guest artist Belinda Rooney on flute. There is something for everyone.

Tutti is excited and thrilled to present Swing and Song to Mackay audiences on July 3rd and 4th at the Conservatorium of Music Mackay.

Tickets can be purchased through try booking http://www.trybooking.com/BOYEI