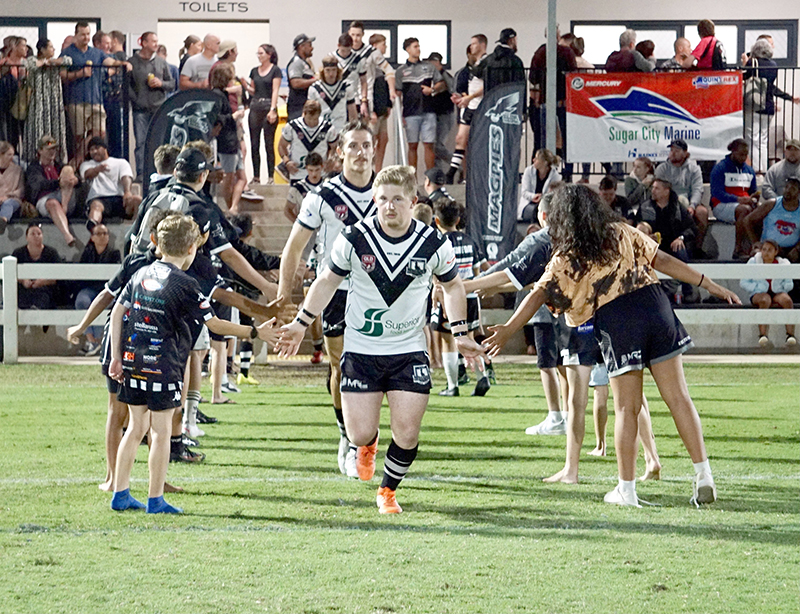 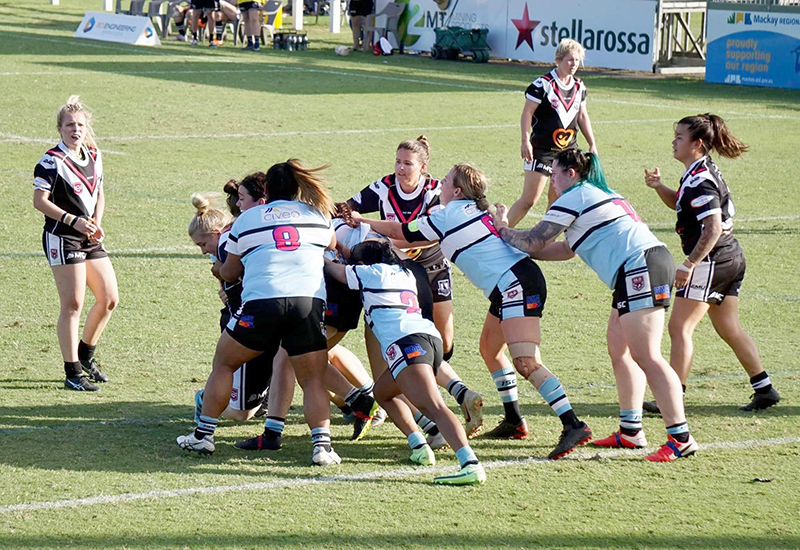 Magpies Mackay Senior Rugby League Club faced up against the Moranbah Miners in a two match Super Saturday of fixtures at Sologinkin Oval in what was always going to be tough against some physical Moranbah sides.

Kicking off the excellent weekend of matches was the Mackay Airport Women’s A Grade, who fought valiantly against an experienced Miners side.

The women started off strong but unfortunately in the last 20 minutes they fell away against a North Queensland Gold Stars led Deb Barchard Moranbah side.

Undoubtedly, the women can be proud of their performances, particularly those from Mikaela Gee and forwards Roslyn Rountree and Tina Hancock.

It wasn’t the Magpie Women’s day even with the stellar performances, as they went down 10 – 32, with the score only blowing out in the last 15 minutes.

Sadly, before the Reserve grade game, Moranbah forfeited, leaving only the A Grade game to take revenge for the women’s woes.

The main event kicked off at 6:30pm, as the Components Only A-Grade men’s side played a stellar game against Moranbah’s Miners, and it was a hotly contested game with finals spots up for grabs.

Moranbah were staunch in defence for the first half, and Magpies chipped away to break them down.

The first half was an extremely tense affair, with key performances from Captain Brenden White, forwards Ryan Kinlyside and Chris Gesch standing out.

Magpies capitalised on mistakes in the second half of the physical contest, and with the help of a large, vocal crowd at Sologinkin Oval, managed to give themselves a lead.

Enforcer Tyler Gardener proved a handful in the middle of the ruck with outside backs Hugh Arthur and Birdsall Faapepele provided exceptional running on the outside as the full-time score saw Magpies beat out Miners 26-6 in a phenomenal second half performance.