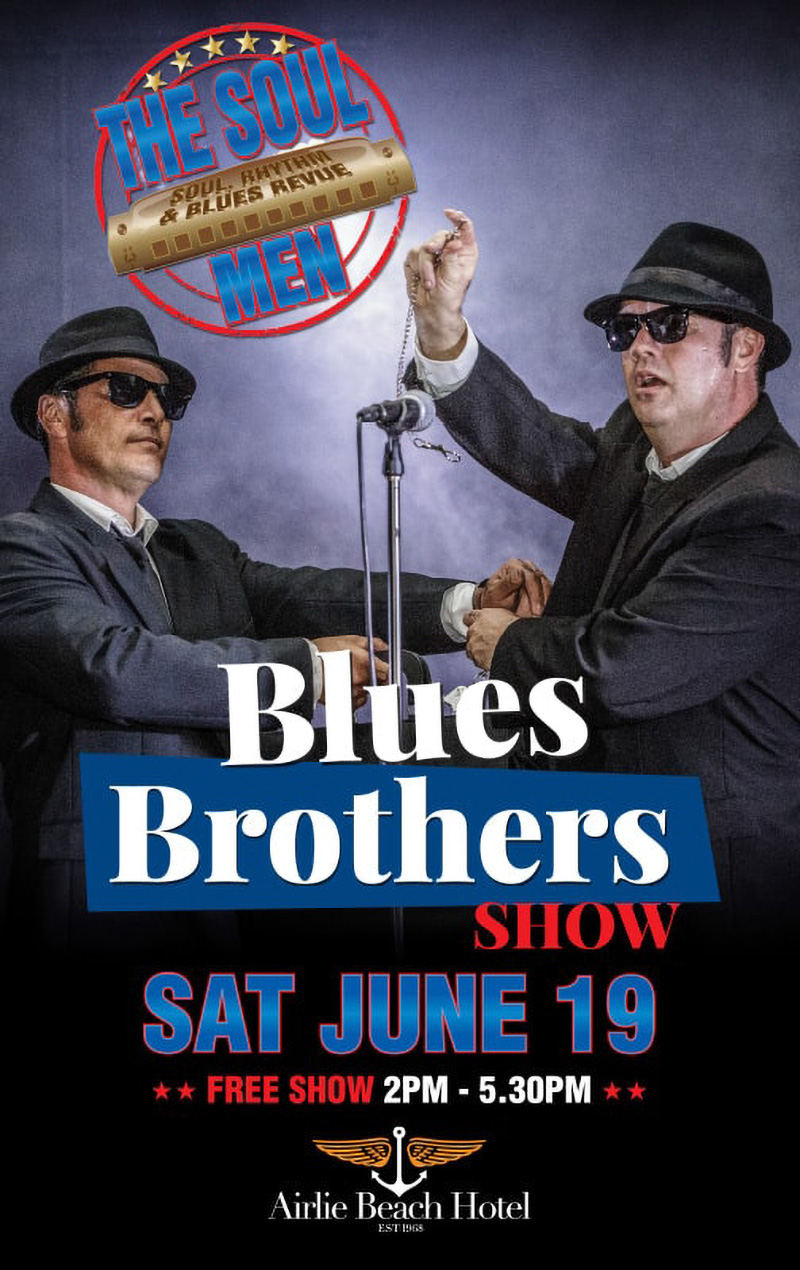 On A Mission From God: Blues Brothers Tribute At Airlie Beach Hotel

If you remember the Blues Brothers and their hit 1980’s musical, comedy film, then you’re in for a treat next Saturday 19 of June with the Soul Men’s ‘Blues Brothers’ tribute show at Airlie Beach Hotel.

The ‘Soul Men’ first began with Greg Hill, a lifelong Blues Brothers fan, who started out as Jake Blues all the way back in 2001 at a Universal Studios performance of The Blues Brothers but he outgrew the tribute mantle and became the Soul Men.

Blues Brothers have been around since 1978, as a not-quite-real and not-quite-fake musical duo of John Belushi as ‘Joliet’ Jake and his brother Elwood Blues (Dan Akroyd) for a Saturday Night Live skit.

They went on to make a film in 1980 before Belushi’s untimely passing and the two have had legendary faux-band status ever since.

The Soul Men have more than a reverence for the Brothers, they’ve taken their seven-piece band all around Australia on a mission from God to share the pleasure that comes with the Blues Brothers exuberant music and love for life.

The Soul Men are a time-machine to an era when dropping the bass actually meant dropping your bass guitar and they shouldn’t be missed.

There’s choreographed dancing, as well as jokes, so the audience sees and hears a complete live Blues Brothers package.

Every member of The Soul Men knows their music and what it takes to present it in the best possible way, using costumes that portray the characters of the original Blues Brothers movie as faithfully as possible.

You’ll shake your tail feather all night long to these exceptional artists at their free show starting from 2pm at The Pub.

Great Barrel Of Laughs At Great Barrier Reef Festival
Get Your Song On At The Reef Festival’s Pub Choir
Movie Review: Black Widow (2021)