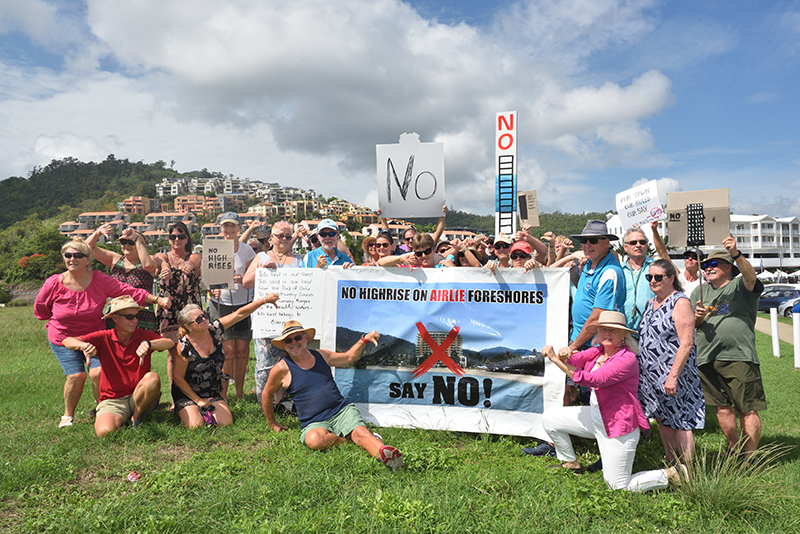 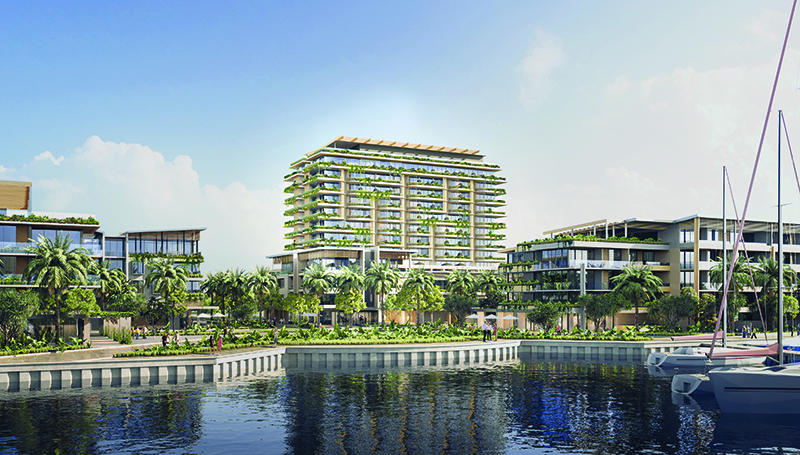 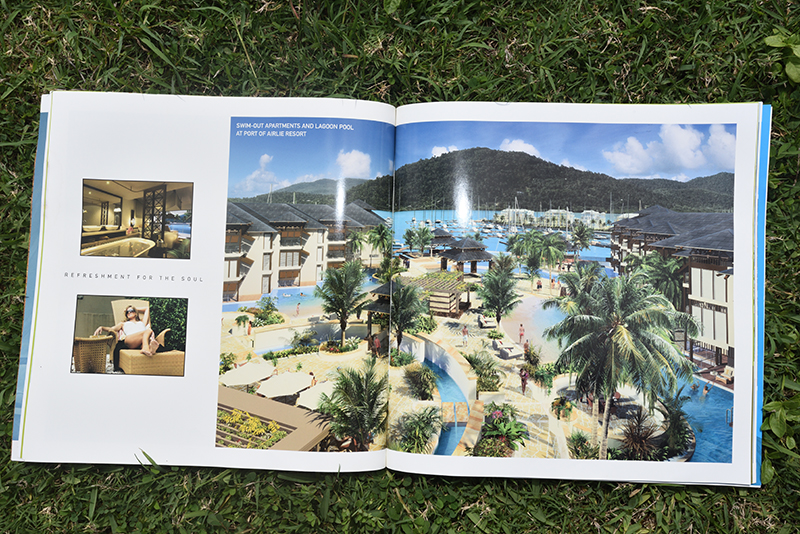 Following a lengthy approval process, the controversial 12-storey luxury resort complex at Port of Airlie has been given the go-ahead at the Whitsunday Regional Council ordinary meeting on Wednesday last week.

Five out of the seven Councillors voted for the development, while Cr Jan Clifford voted against, and Cr Al Grundy left the room citing a conflict of interest which left him unable to participate.

There has been vocal opposition to the development, including a peaceful protest at the site with over 50 people in attendance on Tuesday. The conflict largely focused upon the height of the complex which, at 47 metres, will far exceed the statutory 18-metre maximum building height.

In 2010 an impact assessment was conducted, and a visually pleasing three to five storey resort complex approved for the site. This vision was in-tune with both developers and also local activists who are eager to see Airlie Beach retain its small-town feel.

Since then, the results of a 2016 Hotel Needs Study completely changed these plans and the site of reclaimed land, which was previously Muddy Bay, has been sub-divided into 10 lots, creating a need for developers to extend upwards in order to make profits.

Suzette Pelt from Save Our Foreshore has been part of a group opposing the high-rise development on the site for the past 11 years and says they are now working with a planning lawyer to raise the issue to the state government.

“For decades we have built a brand in the Whitsundays based on low rise, casual, tropical village feel – for high rises you go to the Sunshine Coast or Gold Coast.

Following a public consultation period, the Whitsunday Regional Council has received 2275 written letters opposing the high-rise, 1745 of which were deemed properly made.

Many feel that this strong opposition has been ignored in the decision-making process, in favour of a large development which will become a prominent feature, forever changing the landscape of the Airlie Beach Foreshore.

The new development is set to feature a 180-room five-star hotel, luxury apartments, shopping, entertainment, food and beverage facilities as well as bowling and cinema, restaurant, bar and function centre.

It is forecast that the venue will provide 200 jobs during construction and over 300 permanent jobs upon completion.

The addition of a world-class conference centre was a major turning-point in Council’s decision to approve the project, with several economic studies revealing this would be a huge drawcard for the region.

“Council has spent a lot of money on infrastructure and connections to get people to come to Airlie Beach – we will now be able to attract conferences from all Australia, and what better place to have them than right here in the heart of the Great Barrier Reef, the heart of Airlie Beach,” said Mayor Wilcox.

The developers have 10 years to complete the build and must start within six years.

Director of Development Services, Neil McGaffin, said that he expects it will take two years to construct and nothing will be started for at least 12 months.

During the process, the developers will be monitored and controls put in place to ensure they stick as closely to their original plans as possible. There is a chance, however, that the development will be sold to another company which will inevitably see further changes to the original proposal.

Clay Bauman from Fight for Airlie said that the approval does not necessarily mean anything will change.

“An approval doesn’t mean anything in a town where our Council continues to back big white elephants that we don’t need and won’t get financed,” he said.

“All this does is to take all future discussions off the table and behind closed doors – we had the opportunity to turn Port of Airlie into the jewel of our town and Council have decided to go for a ghetto instead.”