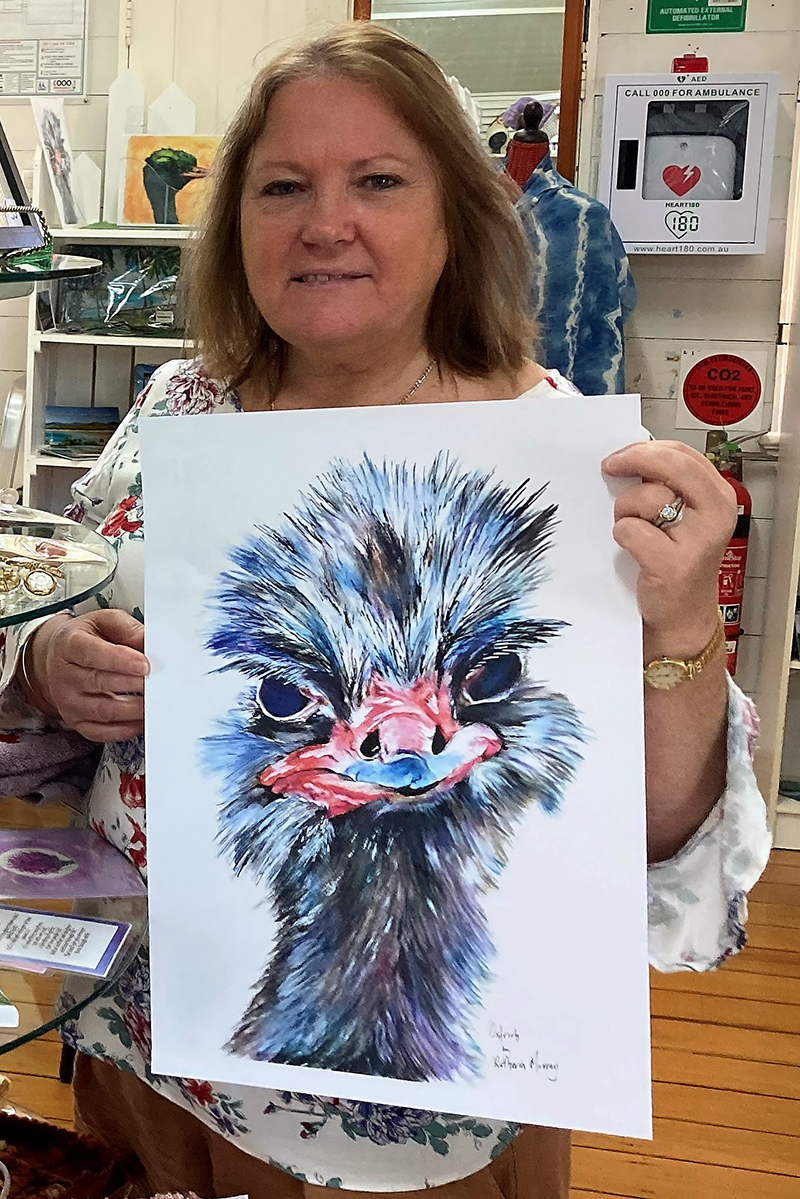 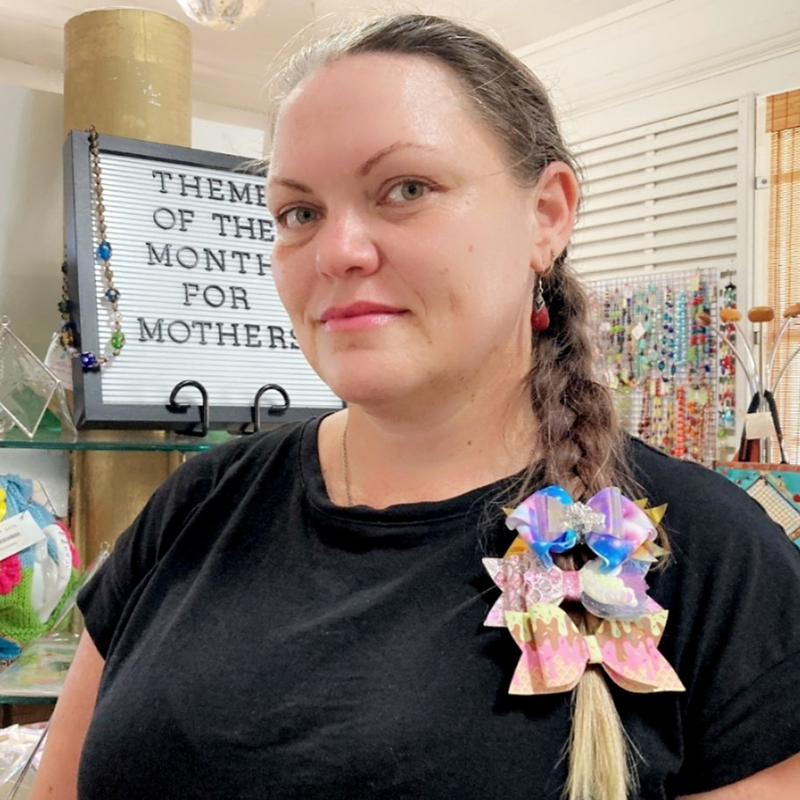 Pretty creations for young girls are the last thing you’d expect from a driver of one of Mackay’s massive export coal trains.

But that’s exactly what Toni Gascoyne is making in her spare time when she’s not in charge of one of the huge trains which deliver thousands of tonnes of coal to our ports.

“I call them hair pretties,” she said.

“I use lots of ribbons, sparkles, and glitter. I love to create them in many different colours so they are eye-catching. I design them, do all the preparations and put them together myself by hand.

“They are all pretty much unique.”

Toni used to do various crafts but now concentrates on her young girls’ creations with a sideline into an unusual musical instrument – a three-stringed guitar.

“It’s called a cigar box guitar. Originally they were made from cigar boxes, and other junkyard style pieces. I’ve got a couple and I’m putting some together. It sounds just like a guitar, but I don’t play very well yet.”

Kathy Murray has been displaying her artwork and jewellery at the Sarina Arts and Crafts Centre for some time, and has recently added a series of new paintings and sketches.

She said the new works had proved popular with tourists visiting the centre, and she had sold several to international visitors.

The works are available in various sizes from postcard upwards to suit a variety of purposes.

Kathy is one of about 70 crafters displaying their works at the centre, which is open seven days a week 10-3 Monday to Friday and 10-1 weekends.