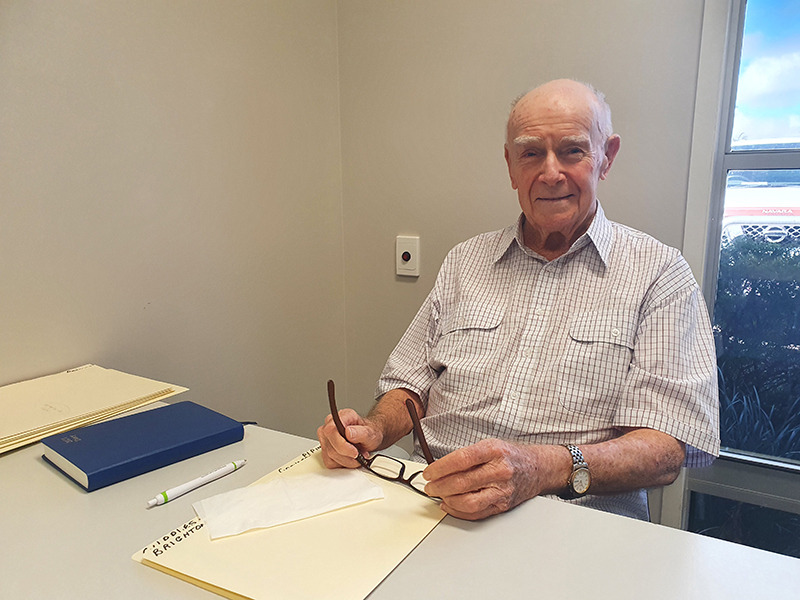 It is local volunteers that are the driving force behind so many community organisations and there is no-one that understands this better than John Langford who, at the refined age of 85, is dedicating his time and often his petrol to helping people.

As the Regional Director of Anglicare as well as a trained Counsellor and Psychotherapist, John oversees a broad range of services in both Proserpine and Mackay.

Each week he spends a day in Prossie, offering his counselling services to people navigating issues such as domestic violence and anger management - seeing up to nine people on each occasion.

In addition, Anglicare operates a low-cost food store where people living on a low income or benefits can access non-perishable items to fill their pantry.

“It’s surprising how many people pick up the opportunity,” said John.

“There are people that are fed well now that didn’t know what a good meal was like before.”

The food is brought up to the region on a train by Food Bank and then distributed to the two outlets, one of which is on the Bruce Highway in Proserpine, right next to the museum.

Local businesses can purchase food vouchers from Anglicare and distribute them to anyone in need.

The organisation is currently inviting people to donate to their annual appeal which is hoping to raise $100,000 again this year.

“We are dependent entirely on the generosity of the community whom we serve,” said John.