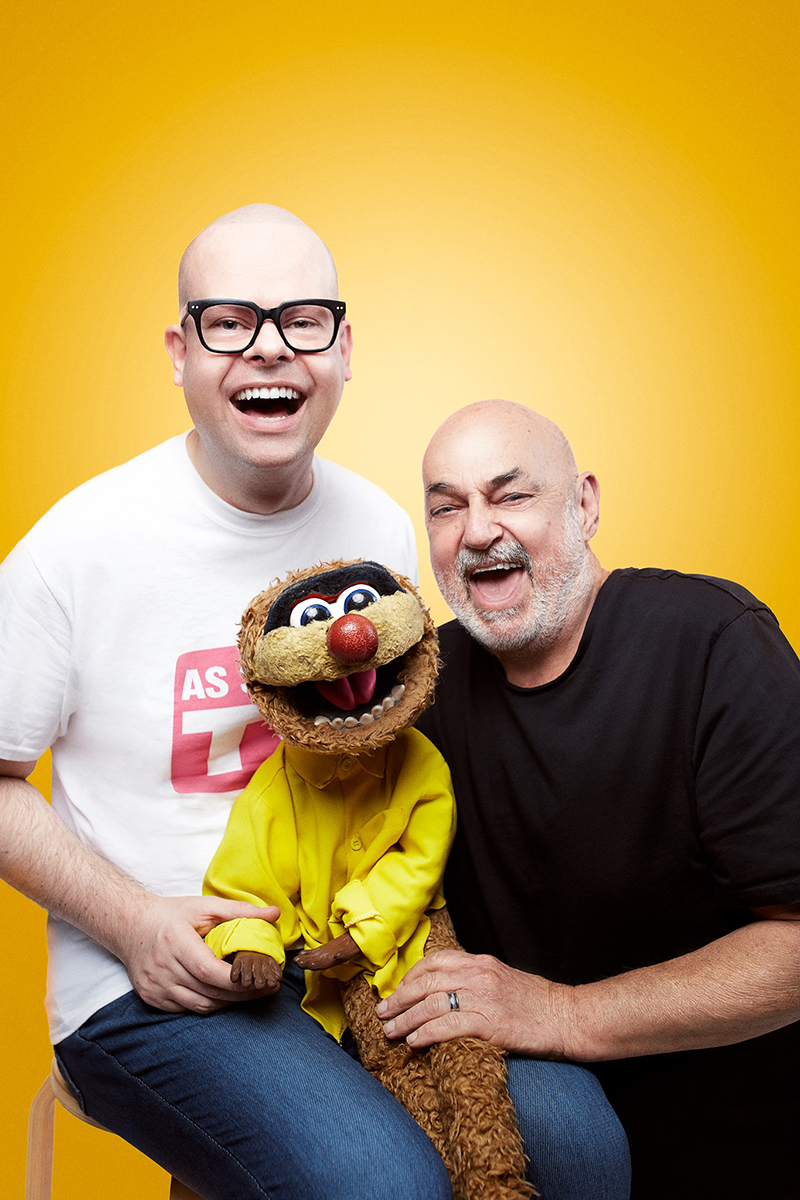 Time To Get Agro

Now Agro is out of the bag, has been dusted off and is on tour to celebrate his 30th birthday with a special ‘adults-only’ night of naughty hilarity.

After 30 years in the business, Agro and “the bald man under the table”, Jamie Dunn are back together, live on stage and headed for Mackay!

Hosted by Big Brother’s ‘Ben from Brisbane’, Agro Up Late is a stroll down memory lane where fans can hear the naughtiest and funniest Aussie showbiz stories behind an accidental puppet that became an Aussie icon.

Part of Agro’s quick wit is what gets him into trouble, but that’s what makes the puppet so popular. As Anne-Maree famously asked, “You know what happens when you get naughty don’t you?”

And he’s not wrong.

Agro was hugely popular with kids, but parents and grandparents loved him too.

Cartoon Connection which launched Agro to fame won seven back-to-back Logies. The stage show Agro Up Late is part Q&A and part Cartoon Connection to give audiences a rare look behind the scenes and the opportunity to come face-to-face with an Australian television icon.

It’s definitely only for adults, with Mr Dunn laughing saying “I can guarantee Agro will never make an appearance in children’s television again.”

Agro sprang back into the limelight in recent years after the video ‘Agro Outtakes’ went viral, showing the naughty side of the puppet. The video has since attracted over four million views online and was the catalyst behind Mr Dunn creating the adults-only stage show.

“Who would have thought that old Agro outtakes would have been viewed by more than four million people?” Mr Dunn said in amazement.

Since making a comeback, Agro was seen presenting an award at the ARIAS, guest hosting the mini golf show “Holey Moley” and also becoming the new face of Uber Eats.

One of Agro’s greatest moments was interviewing former Prime Minister, the late Bob Hawke, despite the awkward exchange.

“I’m sure Prime Minister Hawke had been grilled by some of the best, but he was really nervous around Agro,” Mr Dunn said.

“I made it a rule after that, that a puppet shouldn’t interview another puppet.”

“She’s not what people would expect,” Mr Dunn said.

“She was a lot of fun and really enjoyed Agro’s character.”

Mr Dunn also said an interview with Jason Donovan was an awkward encounter because he kept looking at Jamie instead of Agro.

“Every time he would look down at me, Agro would say ‘What are you looking at down there?’ and Jason actually replied ‘There’s a man down there,’” Mr Dunn laughed.

And to answer a question that has been on the minds of Agro fans, Mr Dunn confirmed that ‘Vation’ is indeed Agro’s last name. Agro Vation.

Agro performs one show only at Mackay Entertainment Centre on Saturday October 30 with the show now on sale.  Grab your tickets now online or at the box office.