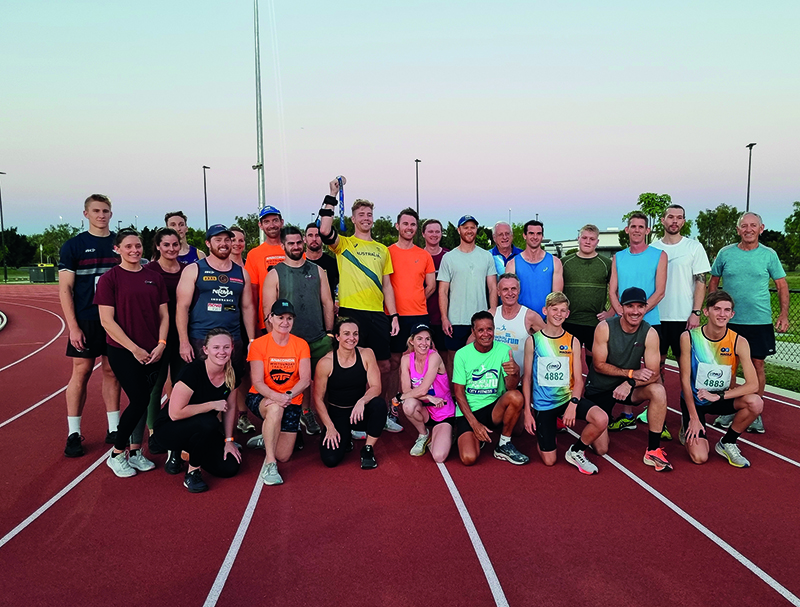 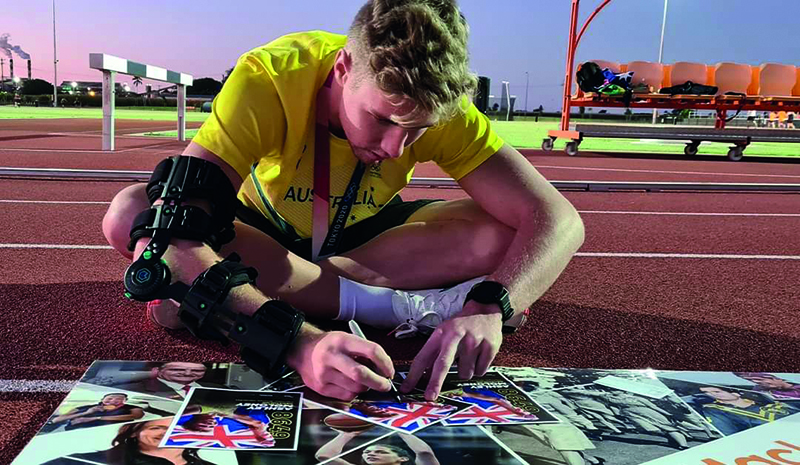 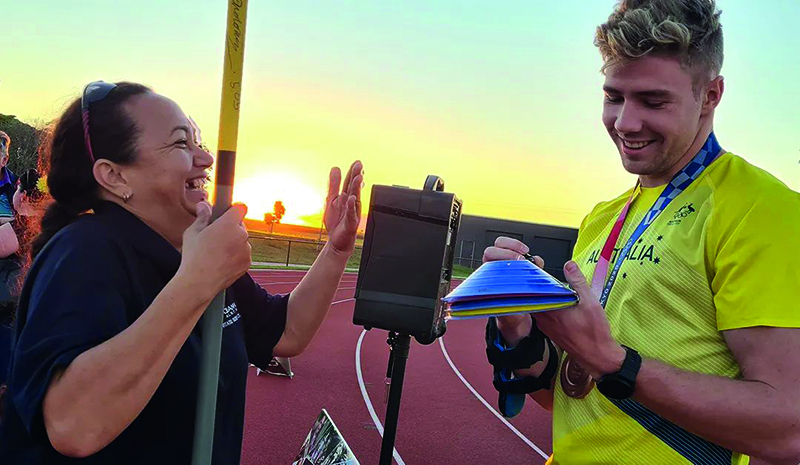 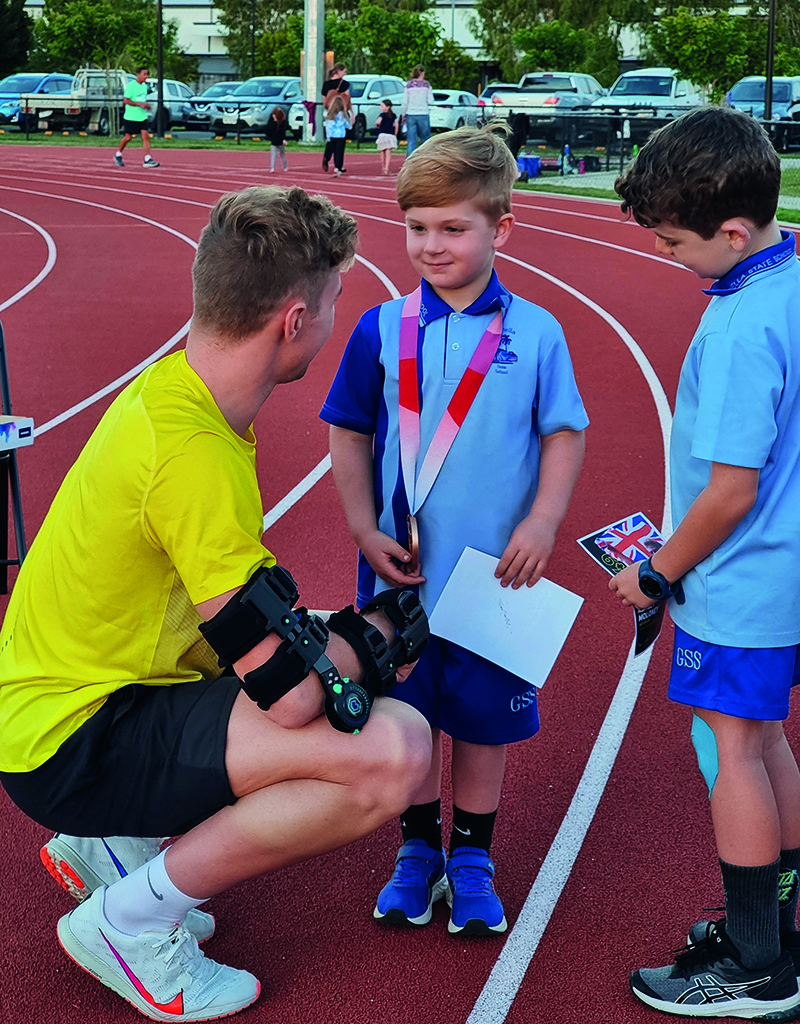 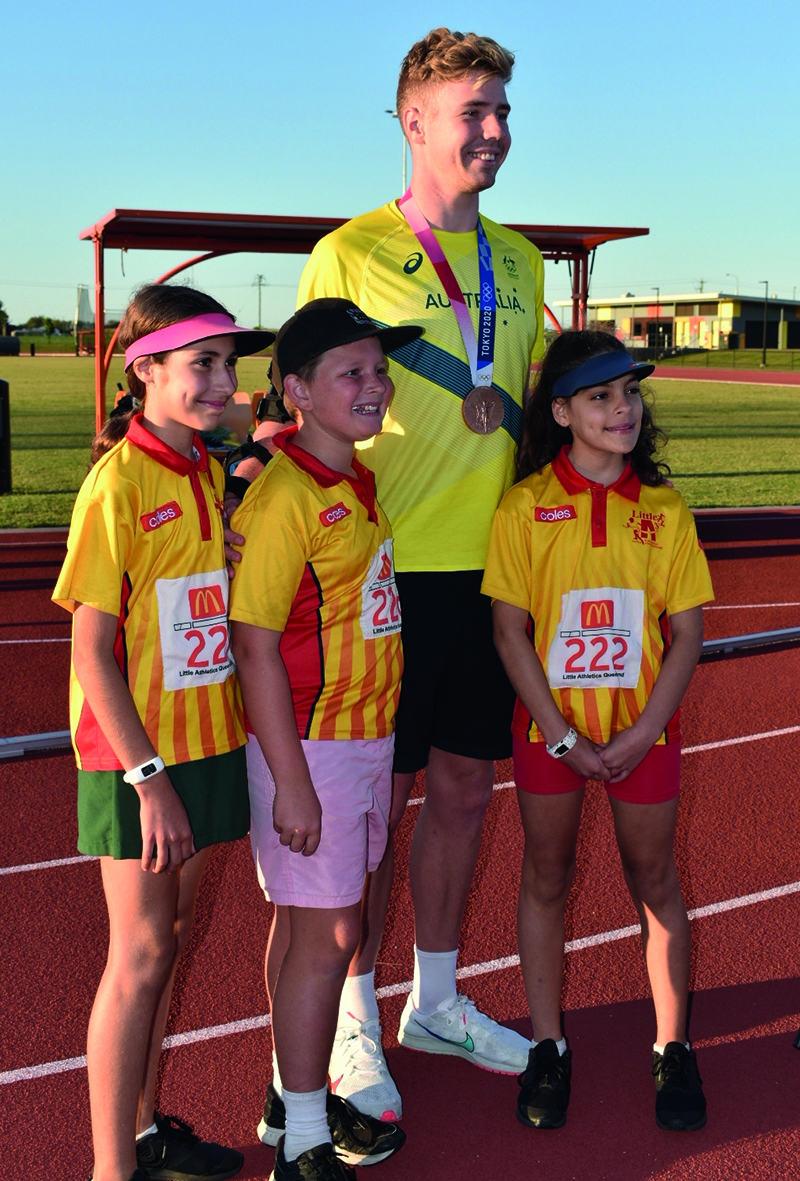 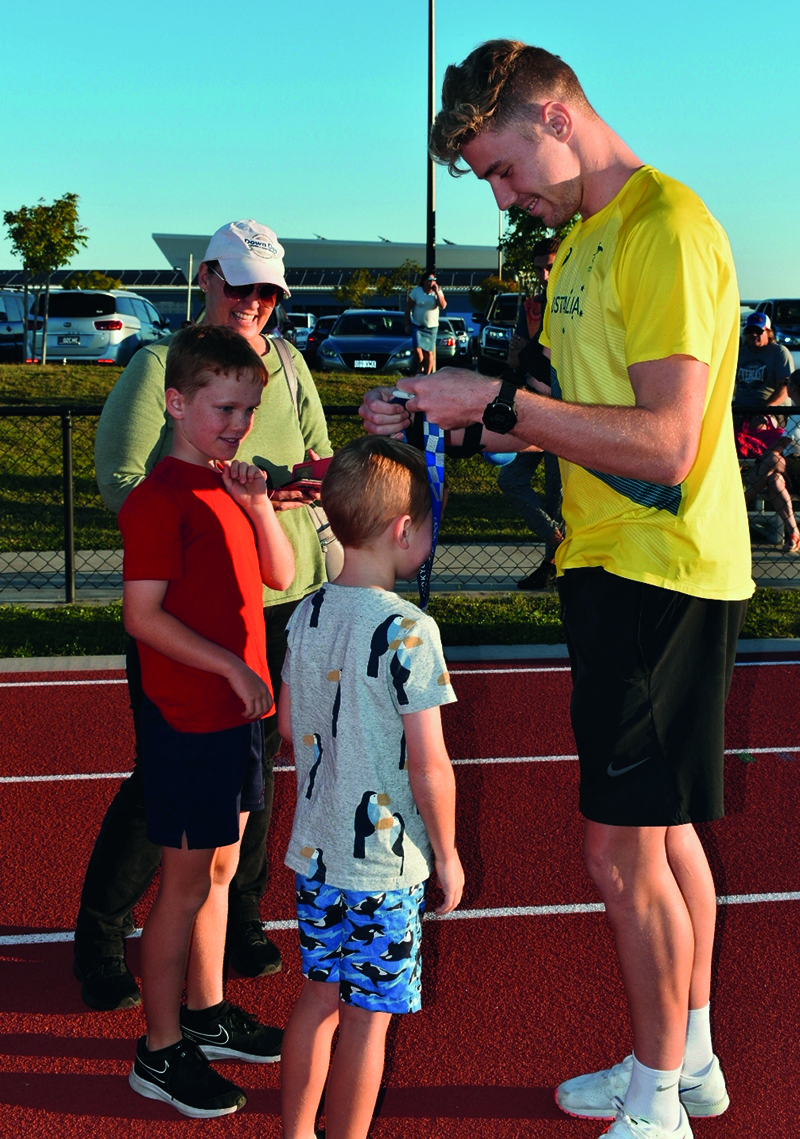 He’s Australia’s first ever decathlete to win an Olympic medal, and at only 21-years-of-age, Ashley Moloney has a bright future ahead.

The Olympic bronze medallist has a soft spot for North Queensland, having competed in his first decathlon in Townsville and throwing a personal best in the discus here in Mackay last year.

He visited Mackay last week to inspire other kids and athletes to believe in their ability, to show an Olympic medal can be achieved with perseverance.

“I’m hoping I can inspire kids to strive for Brisbane 2032 in whatever sport they like, whether it be athletics or other sports like water polo,” Moloney said.

The decathlon combines 10 athletic events into one grueling event, a true test of an athlete’s versatility, skill, and endurance.

“It’s definitely got to be one of the hardest ways to win an Olympic medal,” Moloney added.

“It’s really fun, it’s like doing a sport’s day at school and going for Age Champion.

“I would say my best event is the 400m, it’s the one where I put the biggest gap between myself and other athletes.”

He said the Olympic experience was unforgettable, especially during a peak of the COVID-19 pandemic in Tokyo.

“We had a five-hour quarantine process just to leave the airport which was a bit of a rude shock to be honest.

“But then to get into the Olympic Village was amazing. Mingling with so many personalities across all sports was unreal. Then going into the dining hall, we saw everyone from every country which was pretty cool,” Moloney said.

When asked if athletics is a sport or a career, Moloney said first and foremost it’s a sport.

“As soon as I stop enjoying athletics, I don’t perform well. And when that happens it won’t be a career.”

His only goal going into the Olympics was to compete at his best.

“I had no ambition for a medal, which I know sounds strange, but that sort of pressure can hinder your performance.

“In each event I could be worrying about being one point down and then it gets more stressful than it needs to be.

“When I compete, I strive to get the best out of myself in every event.”