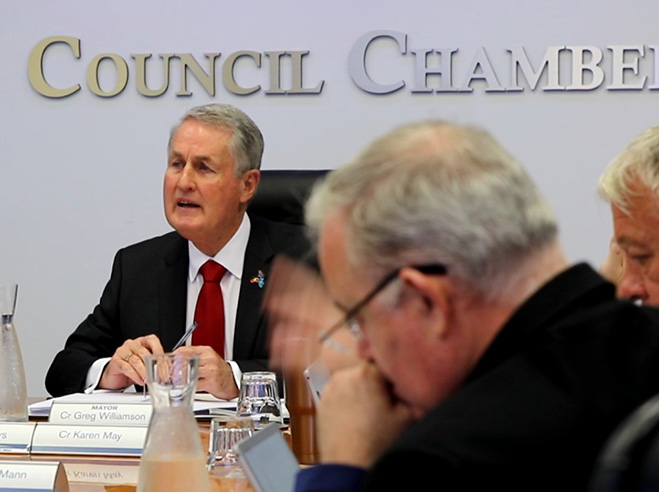 Mackay Regional Council delivered its 2022-2023 budget during a special budget meeting last Wednesday (22 June) where rates were put under the spotlight.

The $302 million budget has been designed to ensure the Mackay region remains on track to become the best region for liveability and livelihood. Part of remaining strong financially meant that rates have been increased by 2.5 per cent across all categories.

Mackay Greg Williamson said the 2022-2023 budget delivered the essential services while planning for the region’s future.

“Council adopted a 2.5 per cent increase in rates revenue across all categories for 2022-2023,” Mayor Williamson said.

“This is lower than the Consumer Price Index (CPI), which for March was six per cent,” he said.

“The average residential ratepayer in Mackay will pay about $3048 for the 12 months.

Mayor Williamson said council has had to respond to some unique and challenging economic conditions in recent years.

“Council continues to face the same challenges as many businesses, including cost pressures, supply chain issues and labour shortages,” he said.

“This budget has been prepared with these challenges in mind to ensure that we have the adequate revenue to fund the expenditure that meets the needs of the community today and in the future.

“As a council, of course, it is important that we do not lose sight of delivering essential services such as roads, rubbish and service infrastructure like water and sewerage.

“But we also plan for the liveability projects that create opportunities for everyone in our region to thrive.”

Mayor Greg Williamson said this council was one of only a handful of local governments in Queensland which is in a financially strong position for the future.

“The long-term financial forecast indicates that council’s budget will remain in surplus with nominal budget surpluses forecasted every year over the next 10 years.”

If the rates increase will create a pinch in your pocket, there are a few factors to consider.

Many other regional councils don’t have water fees included in their rates, it’s often sent by a separate utility bill. If the $347 water access charge per annum was removed from rates, the annual rates would come down to $2,701 for the year.

Mackay Regional Council also services a large area in comparison to other regional councils. Mackay Regional Council’s coverage is 7,622 square kilometers, compared to Townsville with 3,736 or the Sunshine Coast at 2,883. However, Mackay has far less rateable properties to draw revenue from to service the large area, with just over 53,000 properties compared with Townsville’s 85,000 or the Sunshine Coast’s 149,000.

Extended Mackay Regional Council budget coverage will be provided in next week’s edition of Mackay Life, as the budget meeting was in progress when this publication went to print.

A rates increase of 2.5 per cent was adopted at this week’s Mackay Regional Council budget meeting