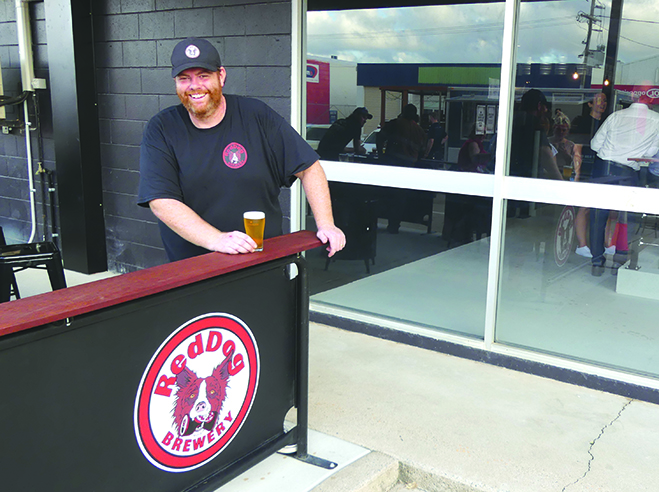 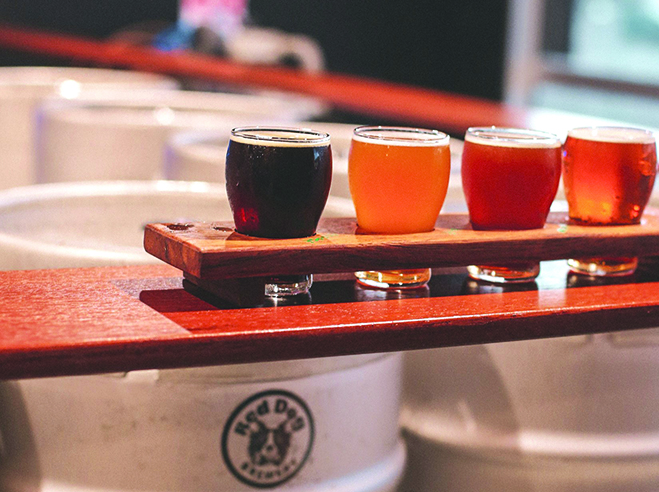 Since opening in April, Red Dog Brewery has poured countless quality beers for patrons seeking something more flavourful from their brew.

Red Dog Brewery was established to give the people of Mackay access to real quality beer made locally from scratch.

Brewed right here in Mackay using a 6HL all-grain brewery, Red Dog mash, lauter, boil and ferment all beer with quality ingredients from all over the world.

“Our beer is not filtered, pasteurized and we don’t use extracts,” said Head Brewer Jamie “Woodsy” Woods.

“We use malt, yeast, hops and water.”

Red Dog Brewery brews beers based on traditional styles from Europe, the UK, America and the Pacific, so let your schooner take you around the world with these delicious drops.

A crisp, clean lager originating from Germany, the key feature of the Pilsner is the lagering process.

Red Dog conditions the beer for six weeks at minus 1.5 degrees.

Using brewer’s yeast strain from Weihenstephan in Germany allows the brewing of beers with a good balance of floral and fruity aromas and gives clean flavours and high drinkable beers.

Northern Brewer hops originate from Germany and is a dual-purpose hop.

It has a herbal, fragrant aroma and gives a good, clean bitterness.

It is golden in colour with medium bitterness and high levels of tropical hop aromas.

“My favourite beer to brew and drink is the Red Dog Pale Ale,” said Jamie.

“The perfect beer for all seasons and occasions.”

Made famous by Australian brewery Stone & Wood, the Pacific Ale is a style of beer that is known to be highly refreshing due to the fact that it contains high levels of hop fruitiness with low to moderate amounts of bitterness.

During the brewing process, the hop additions are towards the end of the boiling process and through dry hopping in the fermenter.

Red Dog Brewery’s Red Ale is based on the Irish Red Ale style.

As a modern twist on a traditional style, Red Dog uses the hops Citra which, as the name implies, has a strong citrusy profile.

This is largely credited to its very high myrcene content.

It has an extraordinary flavour profile of grapefruit, lime and tropical fruit.

Local food truck Spicy ‘N’ Saucy will be on site and the talented Luke Miller will be providing a set of acoustic rock.

If you’re not sure which beer to drink, beer-tasting paddles are available and will provide you with a broader understanding of the flavours - you can choose any four beers from the line-up.

Woodsy will also be at the brewery for those looking to chat about all things beer.

Red Dog Brewery is part of the Independent Brewers Association and the brewery is certified independent.

Keep an eye out for Brewery Tour packages launching soon.

Red Dog Brewery has a huge range of beers available, and a tasting paddle will help you navigate them all. Photo supplied: Jamie Woods