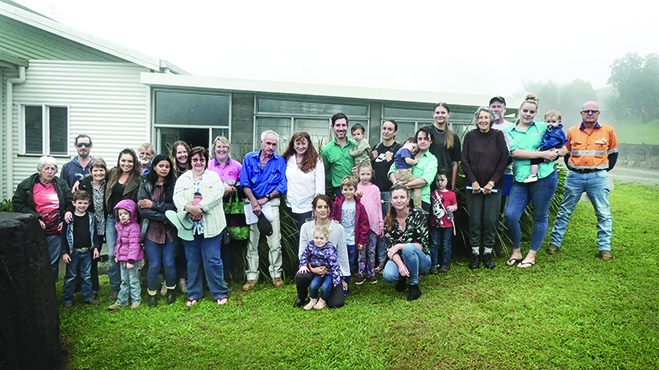 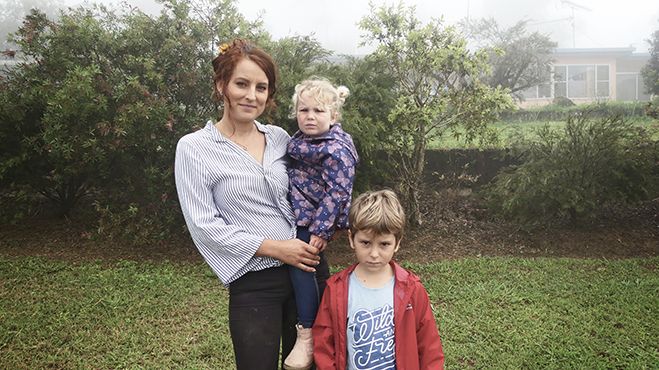 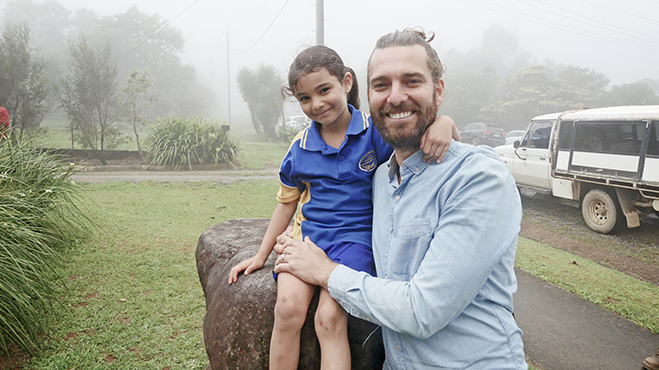 A plan to build the world’s largest pumped hydro scheme in the Pioneer Valley has been met with steadfast opposition by the residents it threatens to oust from their homes.

The Pioneer-Burdekin project will affect around 50 homes in the areas surrounding Netherdale, west of Mackay, according to the announcement made by Queensland Premier Annastacia Palaszczuk last week.

Residents gathered in Eungella on Monday to share their dismay at the plans with Member for Mirani Stephen Andrew saying he, along with the mayor and other councillors, were not privy to the plan before it was announced.

“We need to tell everyone how we feel, be honest and open about it, let the government have an understanding of what we think and what this could do to our properties,” Mr Andrew said.

Residents Push Back Against Hydro Plans

Mr Cannon has lived in Mackay from the age of nine, moving his family to the Pioneer Valley two years ago.

He also relocated his beekeeping business to the valley where he runs a queen breeding program using local genetics to safeguard bees from future varroa mite outbreaks.

“We’re supporting the local bees and that brings us to where we are now potentially faced with losing it all,” he said.

This realisation struck Mr Cannon when Queensland Premier Annastacia Palaszczuk announced plans for the world’s largest pumped hydro scheme to be built in the Pioneer Valley.

According to these plans, upon construction, Mr Cannon’s property would be completely submerged in ‘Reservoir B’.

“When the rest of the world found out, we found out with it and we were all scrambling to find out what’s actually happening, how we’re going to be affected by it,” he said.

The plans will see the project affect around 50 homes and properties in the region, with Minister for Energy, Renewables and Hydrogen Mick de Brenni saying “around 20 per cent of those landowners” have already been contacted to establish meetings.

“We’d like to know who these 20 per cent are, because everyone I’ve spoken to had no idea about it, even the mayor didn’t have an idea,” he said.

The area in questions is also home to a wide variety of wildlife including platypus, birdlife, frogs and crayfish, many of which are endangered.

“If this is their idea of green energy, then it shouldn’t be at the stake of national parks, the environment and the people,” Mr Cannon said.

“This area’s far too precious to be putt under that sort of pressure.”

Leila Verban, a resident of Netherdale, concurs that other green energy alternatives should be considered.

“It’s not that we are anti-renewable energy, it’s not like that at all,” Ms Verban said.

“It’s that there’s a lot more things at stake here, environmentally speaking, as well as the trauma that’s happening to the landowners.

“We would like to support more research being done into other options that have less of a fallout for a whole region.”

Ms Verban and her family have owned their Netherdale property for over five years and are a part of Land for Wildlife, a voluntary program encouraging and assisting private landholders to provide habitat for wildlife on their property.

“We’ve been replanting and bringing it back to being a part of the ecosystem that’s here,” she said.

Ms Verban heard news of the government’s announcement when a friend messaged her following the announcement.

“(I was) totally shocked, but it didn’t sink in until I spoke to the two reps getting around who gave us a brochure and said, ‘Your property will be under water,’” she said.

One of these representatives was an engineer who explained the benefits of hydro and how it works to Ms Verban before explaining that compensation will be provided to those whose properties are to be affected.

Ms Verban has since started a Facebook page titled ‘NO Hydro Save Netherdale/Eungella/Mt Dalrymple’.

“Just over the weekend, we’ve got over 2,000 followers on the page,” Ms Verban said.

“People are really angry and really against it.”

“The point is the awareness isn’t there, they didn’t consult us before releasing it, it was a massive shock to our system and the community just doesn’t agree.”

“I want to be a part of the pushback for this.

“In our minds, the dam’s not happening.”