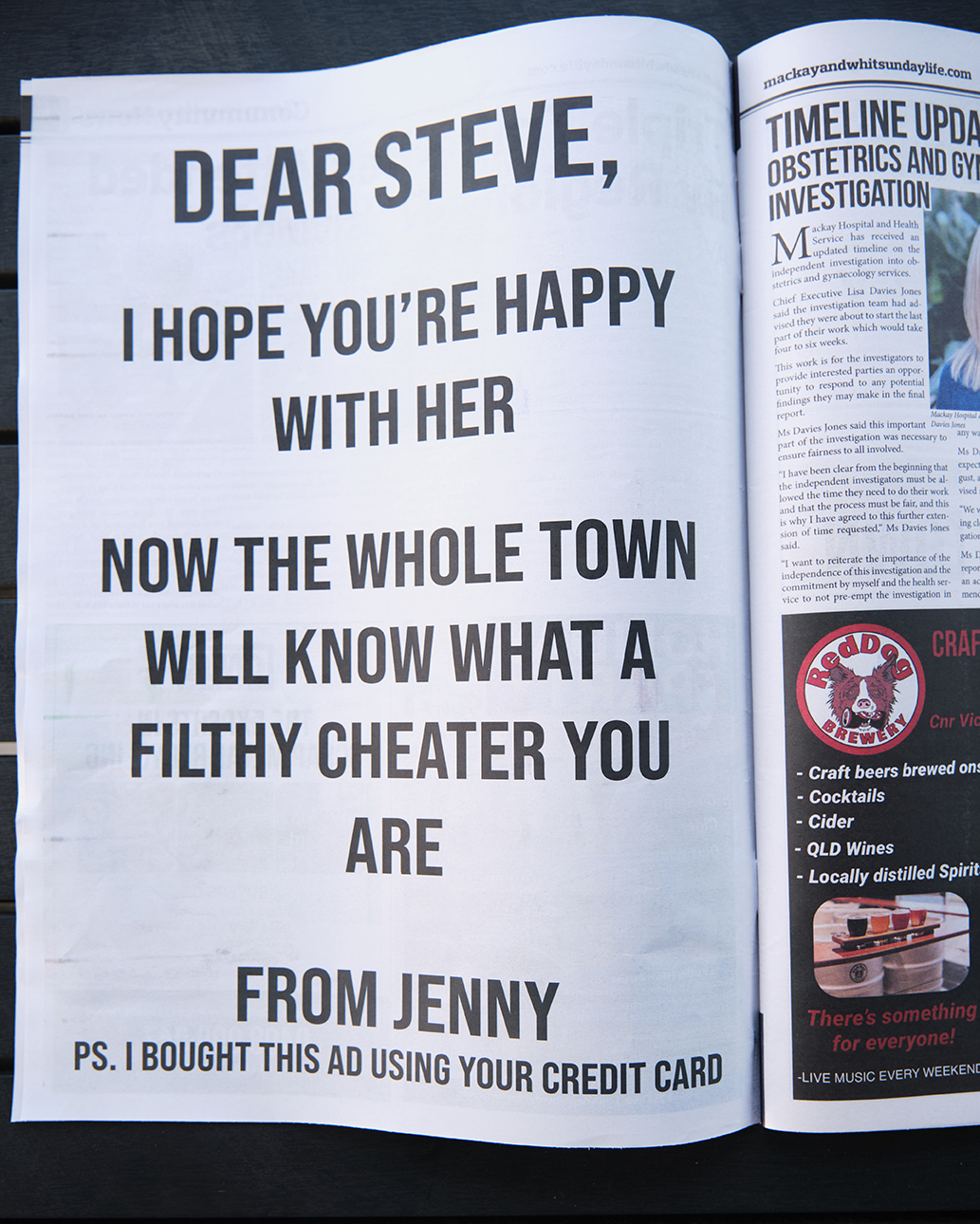 A full-page ad in Mackay and Whitsunday Life Newspaper went viral this week when a woman named Jenny decided to take revenge on her cheating partner by booking the premium placement ad spot to tell everyone in town about his alleged actions.

Jenny booked the ad through our newspaper’s online portal and it was published in this Friday’s edition which is read by over 50,000 people in the Mackay and Whitsunday Life community.

I hope you are happy with her.

Now the whole town will know what a filthy cheater you are.

P.S. I bought this ad using your credit card.

As soon as the newspaper hit the stands, we were inundated with calls from the community so we felt it best to release the information on Facebook.

Here is what it said:

**ANNOUNCEMENT** We have been inundated with dozens of messages this morning about the Advert on Page 4 of Mackay Life - As there’s too many to reply to; we would like to address it here.

1. We do NOT know who Steve is, but apparently he’s been very very bad.

2. We won’t be revealing any details about Jenny.

3. We have not charged the credit card in question.

Within hours of the post hitting social media the story went viral, gaining over 2,500 likes and generating both national and international media interest.