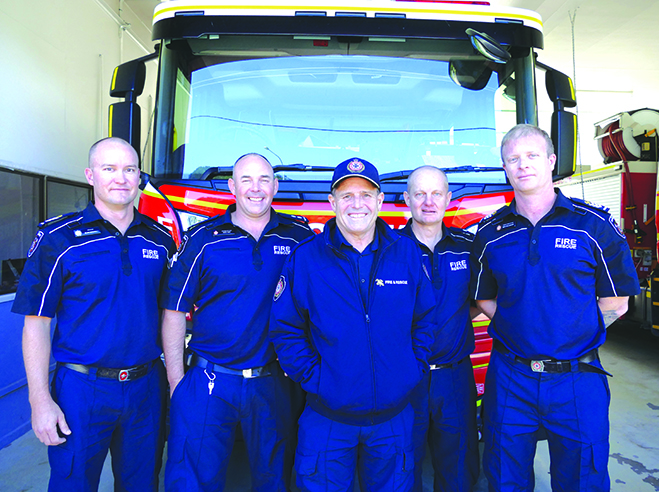 Following a period of community consultation, the proposed site of the new Cannonvale Fire Station has been approved and will be constructed on the vacant plot of land on the corner of McArthur Drive and Shute Harbour Road.

The new station design is pending final approval and is being modified in response to the community consultation which raised some concerns of noise and light pollution potentially affecting homeowners on the residentially zoned block.

Acting Chief Superintendent Fire and Rescue, Clint Tunnie, said that fire stations are designed to be put in an urban interface and that there will be no impact to local residents.

“It is not unusual to have Fire Stations in residential areas,” he said.

“If anything, it is a positive and there will be no negative impact on local residents.”

“It was assessed according to factors like being close to where most calls are coming from and our ability to get the fire trucks across town or out to the highway to help people as quickly as possible,” said Superintendent Tunnie.

It was determined that the new central location will allow local fire services to be as quick and efficient as possible.

Superintendent Tunnie said that the station is not 24 hour and will therefore only be open during the day unless there is an emergency.

“Only four staff work there all day and training is just once a week,” he said.

“The bulk of this training is done out in the community, because that’s where we learn most.”

During the community consultation phase residents had the opportunity to participate in one-on-one feedback.

As a result, there have been changes made to outdoor lighting among other modifications to the station design.

“We now have a further community engagement plan and anyone in the community is welcome to make contact,” said Superintendent Tunnie.

“We are always happy to sit down and talk to you.”

Dates for the completion of the final design or commencement of construction are yet to be confirmed.