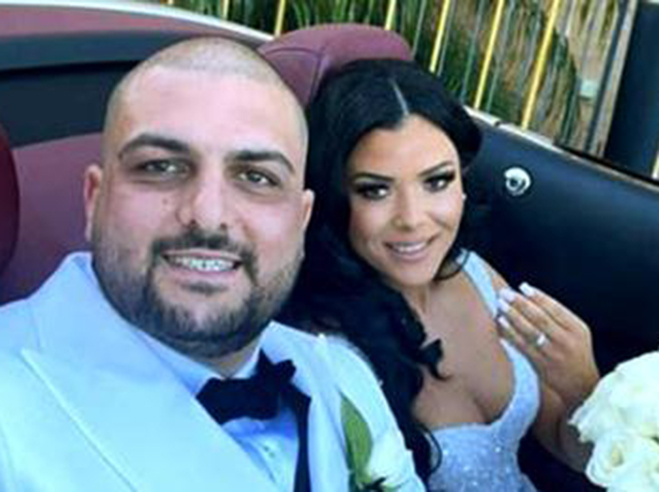 A 29-year-old New South Wales woman, who was only days into married life, died in a golf buggy accident while honeymooning on Hamilton Island earlier this week.

Marina Morgan, from Sydney, had been a passenger in the vehicle which her husband, Robbie, was driving.

It is understood that the battery was running flat and Mr Morgan was trying to complete a U-turn at an intersection when the vehicle rolled over.

Mrs Morgan was not wearing a seatbelt at the time.

Queensland police Inspector Anthony Cowan said there was no indication of alcohol or dangerous driving.

“It’s just tragic that the golf buggy, maybe through inexperience driving those types of vehicles, has rolled on its side while turning,” he said.

Bystanders rushed to help, removing Mrs Morgan from the golf buggy and administering first aid but tragically she died at the scene.

Mr Morgan was not physically hurt.

The incident took place at 4.30pm on Monday, June 20 at an intersection on Whitsunday Boulevard which is at the north end of the island.

“Our deepest thoughts and condolences are with the family and friends of the woman involved in this tragic incident,” read the statement.

“Our highest priority is the safety and wellbeing of our guests, residents and staff and we are working closely with Queensland Police to investigate the incident.”

Golf buggies are the primary mode of transport on the island and only permitted to travel at 20 kilometres per hour.

They are also required to be operated in accordance with Queensland Road rules and requirements on Hamilton Island.

This news comes a week after a Townsville man was air-lifted from Hamilton Island with severe head injuries following a golf buggy crash.

Six years ago, two families were involved in a similar incident while being driven to the airport by an island employee on a six-seater buggy.

A nine-month-old girl, who had been sitting on her mother’s lap received serious head injuries.

Following that incident, six-seater golf buggies were removed from the island.

This leaves about 600 two- and four-seater buggies currently in use.

Marina and Robbie on their wedding day