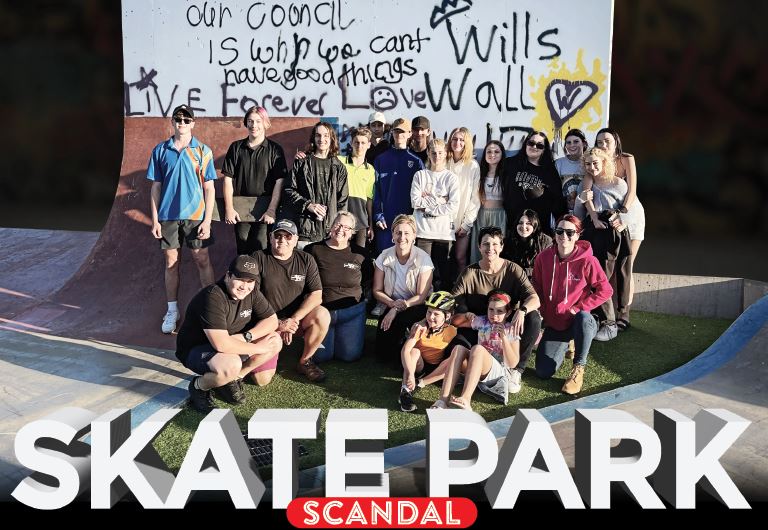 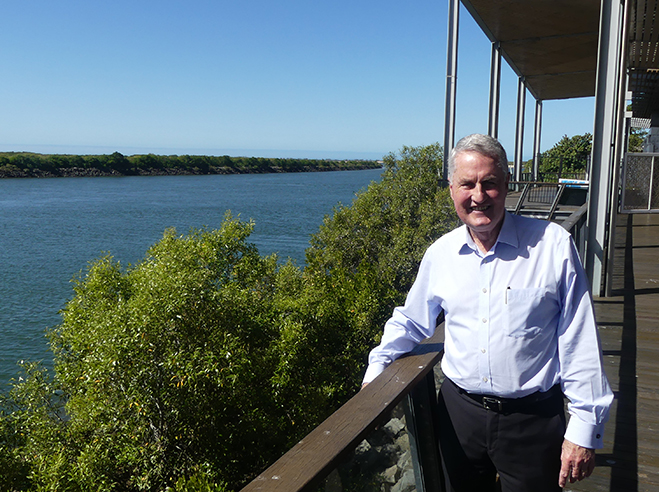 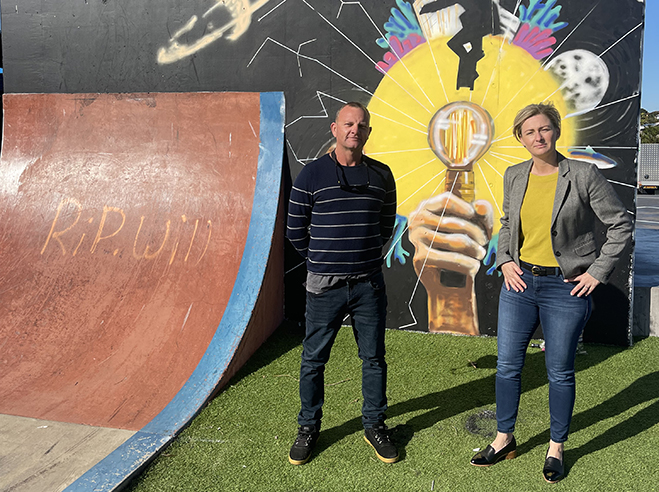 The Mackay Regional Council’s decision to cover a piece of public artwork at the Camilleri Street Skate Park has been met with “extreme community reactions” said Mayor Greg Williamson.

The artwork, which was initiated without council approval, was painted over last Thursday, with the newly blank wall targeted by graffiti later that day.

Member for Whitsunday Amanda Camm originally opened the skate park in 2019 and felt the frustration of the community, penning a letter to the mayor and council and hosting a gathering at the park.

“Approximately 80 community members of all ages came to the Camilleri Street Park in support of our young people,” said Ms Camm.

“The aim of the event was to reassure young people that there are adults in the community who hear them and who will advocate for them.”

The Mackay Regional Council councillors who voted against keeping the artwork have also had the opportunity to have their say.

Artwork was controversially installed at the Camilleri Street Skate Park using community-raised funds following the death of Blacks Beach teenager Will Baker in May.

Will frequented the skate park and was the first to drop in on the wall on which the artwork was painted.

In a letter addressed to Mayor Greg Williamson, Member for Whitsunday Amanda Camm has aimed to fully inform the council of community sentiment surrounding the decision to remove the artwork.

Ms Camm reminds council that the artwork was not intended as a memorial, but rather a revitalisation of a space enjoyed by many.

“I understand Council Policy and that it is not appropriate for a memorial, however (Will Baker’s death) did trigger a large community response,” the letter reads.

“This response resulted in a positive placed based activity that culminated in a non-identifiable public art project that displays a skateboarder and brings the skate park to life.

“This artwork has provided a positive overlay of the graffiti and words that were left post a tragic loss; and not withstanding due process was not necessarily followed.

“The community is united that this Artwork is not about one teenager who lost his life; this Artwork is about a community responding positively to create a sense of place and belonging to benefit all young people across our community.”

Mr Williamson, who was one of three councillors who voted for taking the final decision back to community consultation, says some of the emotional outpour from the community has translated into offensive and threatening messages sent to councillors.

“The democratic decision of council has been made and that’s democracy in action,” Mr Williamson said.

“All of the elected members are here to do the right thing by the community in their view.

“Sometimes, we don’t get it right and that’s not the cause for the community to start piling on and making terrible threats so what we’re saying: enough; line in the sand; let’s start this process again.”

Mr Williamson has invited community members and organisations to reapproach council and begin a consultative period to get the artwork restored through official channels.

“There is a process and a policy to be actually delivered here,” he said.

“We can work with the community to get that outcome.”

Councillor Justin Englert was one of eight councillors who voted against sending the decision back to community consultation and says in his column on page 16 of this week’s Mackay Life that he’s received multiple death threats since the decision.

“It’s not the first message of its type this week and I certainly don’t believe it will be the last,” he wrote.

“I voted to have the memorial at Camilleri Street skate park taken down because council policy doesn’t allow public memorials – one example is an application for Shandee Blackburn that was denied.

“We haven’t allowed memorial murals for anyone else, so why did they think they could just put one up there?

“That’s not fair, that’s not equitable.”

Cr Alison Jones said she is disappointed in the miscommunication from other councillors.

“When I became a councillor I willingly took an oath to faithfully and impartially fulfil the duties of office, in accordance with the local government principles under the local government act to the best of my judgement and ability.  Not abiding with council policies is a breach of that Oath and not truly representing the majority of the Mackay Region and certainly not respecting the majority vote of council,” Ms Jones said.

“The miscommunication of three other three councillors is disappointing that they would portray we have said no to further consultation, when our first vote was to say no to an illegal memorial/mural and our second vote reinforced our original position.

“It is disappointing that this decision is not being respected by other councillors.  Consultation is welcomed when achieved through the correct policy and procedures.”

“We’ve been criticized for the lack of consultation.  How many were consulted with and agreed on a design before the mural was painted, there are 20,000 people in the Northern Beaches,” Mr Bella said.

“If there was a desire for a memorial and the youth was a member of the Eimeo Surf Club it could quite easily be put there and I would wonder why the former president of the surf life club did not suggest it.

Council has been reminded that the artwork is not intended as a memorial for Blacks Beach teenager Will Baker who passed away in May. Photo supplied: Amanda Camm

Mayor Greg Williamson voted for public consultation on the decision and has invited community members and organisations to begin a consultative period with Council to get the artwork restored through official channels. Photo credit: Sam Gillespie