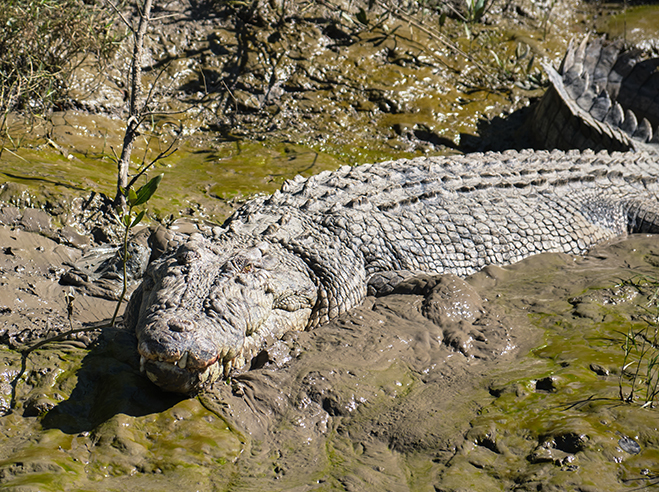 Proserpine River’s crocodile population will be tracked as part of a monitoring program by Department of Environment and Science who hope to keep tabs on the animals’ movements in relation to public safety.

The river is one of the country’s highest density habitats for crocodiles with “a lot of big crocs in a short area” according to Department of Environment and Science Program coordinator Matthew Brien.

"The Proserpine River has the highest density of crocodiles anywhere in Queensland; it's got five-and-a-half crocodiles per kilometre,” Dr Brien said.

“We’re doing that to get a better handle on the crocodiles in that system, particularly the big crocodiles.”

The monitoring program is planned for October or November this year.

The program is part of Queensland’s crocodile management plan, which was recently found to be “world class, and highly effective in reducing risk to public safety while conserving populations in the wild.”

It famously brought the crocodile population in Queensland back from the brink of extinction in the 1970s while keeping a “number one priority of human life.”

Dr Brien said this was the idea behind the monitoring of a river with so much density – that as well as the “anomaly factor”.

"The average [density] in Queensland is one crocodile per kilometre, and the next highest is about three-and-a-half per kilometre,” he said.

Dr Brien said there is “little to no indication that crocodiles are venturing out onto the islands and into places like Airlie Beach, or not very often” but it was still important to know where the crocs were heading.

Local tourism operator, Steve Watson, who has been running Whitsunday Crocodile Safari on the Proserpine River for more than 20 years, said the human interference may hurt his business.

"My main concern with that if humans start mucking around with them by trapping them, that can impact what our guests are going to see," Mr Watson said.

Dr Brien said that was not the case: “The tagging that’s been done in Australia to date tells us that they resume normal behaviour, normal movements in about a week.”

Overnight traps will be used to attach trackers to the animals, which will gather data over one-to-two years.

It will be the first time satellite tracking is used on crocodiles in the Proserpine River by Department of Environment and Science.