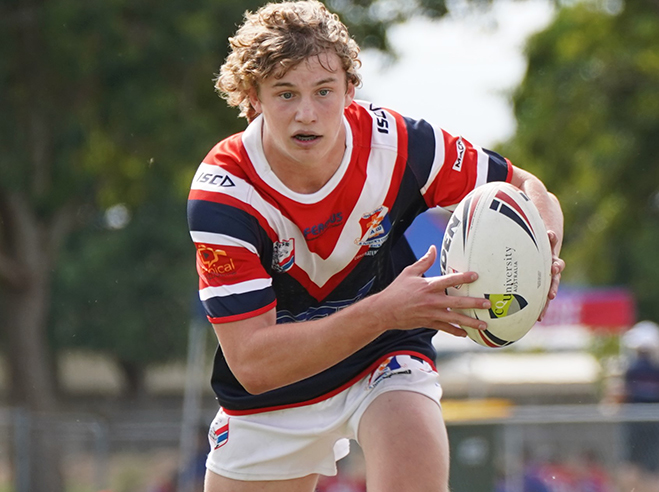 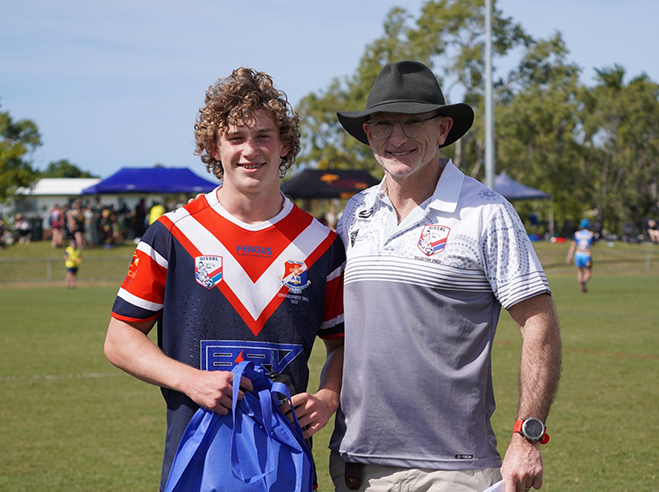 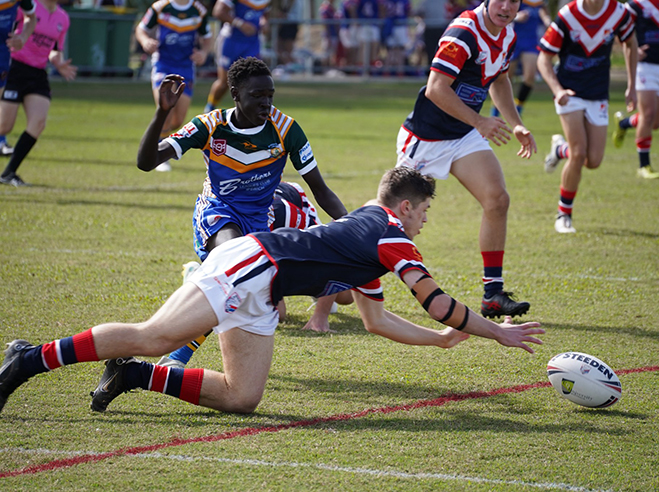 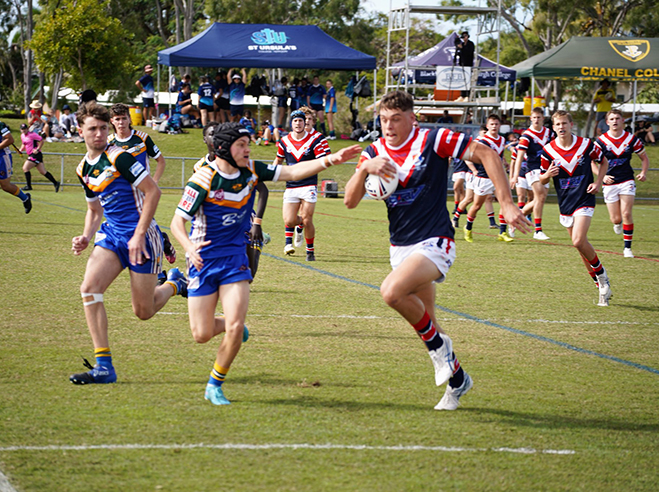 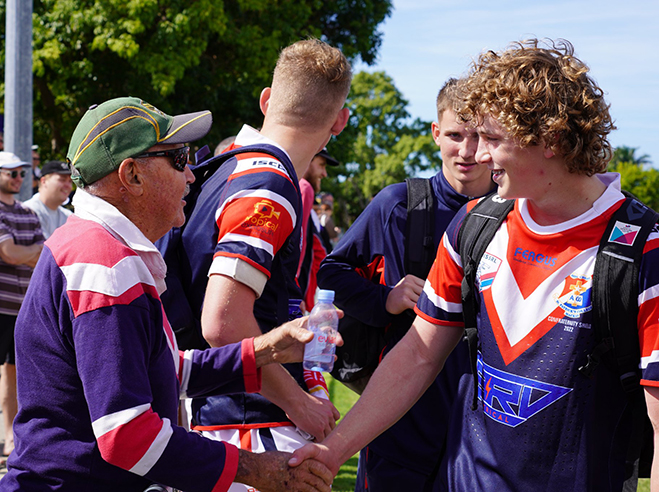 The livewire 17-year-old rake demonstrated his skill and turn of speed in a best on ground performance against St Peter Claver to help St Patrick’s kick off the coveted Carnival in style.

From the moment he burrowed over for St Patrick’s opening try after nine minutes, the North Queensland Cowboys scholarship holder was in a class of his own – creating havoc with his darting runs from dummy half and clever passing in a dominant first-up team effort.

There was no stopping the Mackay colts who had too many big guns for their Ipswich rivals – establishing a 24-0 lead at the half time interval.

Three quick tries by St Patrick’s before the break left the St Peter Claver side in tatters.

Emerging lock and skipper Henry Thorpe set up St Patrick’s second try after bursting through defenders on halfway and turning a crisp pass inside to rampaging prop Levi Love who galloped over to score.

From the ensuing short kick-off, powerful centre Kai Simon latched onto the ball and strode 55 metres untouched for an easy try that he converted.

When St Patrick’s winger Coby Arthur scored the first of his two tries moments later the damage was done.

Rising centre Simon was rested after his first half contribution of 12 points from a try and four goals along with several key forwards as coach Michael Comerford gave his interchange roster valuable playing time.

The Ipswich team staged a mini revival after the break with snappy tries by wingers Mackenzie Graham and Seth Holland before St Patrick’s rallied with four pointers by forward Patrick Vella and the elusive Arthur.

Meanwhile another first half blitz enabled St Patrick’s to slam Rockhampton Grammar 20-6 in a second-round fixture at BB Print Stadium.

It was another solid all-round performance from Michael Comerford’s charges on a fruitful opening day of the prestigious rugby league tournament.