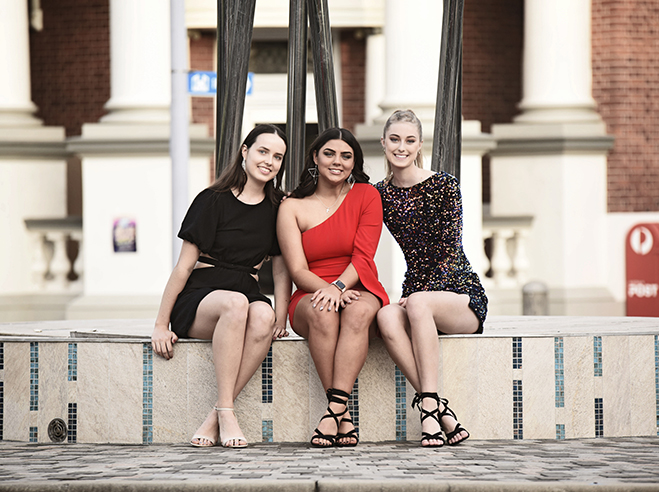 More than 920 students from 16 high schools travelled from as far afield as Moranbah and Bowen to get a taste of the glitz and glam of Mackay’s Mocktail Dance. It’s a chance for Year 12 students from a variety of schools to mix and mingle, dressed in their best, while raising money for youth services across the region.

With an estimated 1,400 Year 12 students at schools across the Mackay district, that means more than half make the effort to attend the event hosted by The Seniors Club Inc in what has become known as the Year 12 dance of the year. It’s so big, it needs two Plenary Halls at the MECC to host it.

“With 30 years behind us, there are now second generation Mocktailers, the children of past students who attended the Mocktail over the last 30 years.”

L-R: Sinead Kennedy, Lainey Wilson and Ella Tancred made the most of their Mocktail experience with a pre-event photo shoot in the Mackay CBD. Photo credit: Photos by Nell