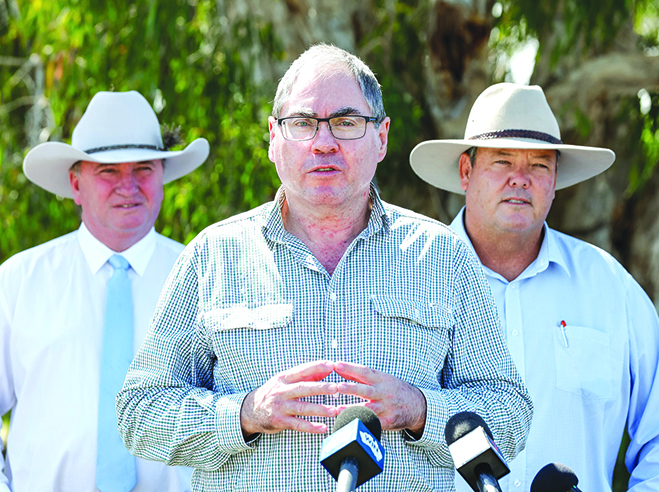 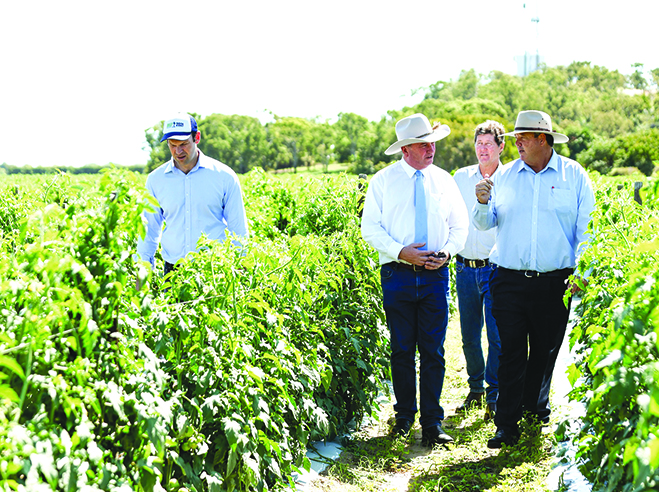 In a campaign visit to the region that saw Deputy Prime Minister Barnaby Joyce stop in Bowen and Proserpine, the Nationals Party Leader committed $80 million to the construction of the Bowen Pipeline.

Alongside Liberal candidate for Dawson Andrew Willcox and Senator Matt Canavan, the Deputy PM made the announcement that the proposed pipeline would receive $80 million towards its construction from this year’s budget.

The pipeline, which the Bowen Pipeline Company say will deliver water security in northern Queensland - protecting and creating jobs in the agricultural sector - would comprise around 100 kilometres of underground pipeline built from the Burdekin River to Bowen.

Although the commitment was brimming with fanfare, the funding, and in turn the construction, is subject to a detailed business case and demonstration of value for money and public benefit.

The business case – costing $5 million – is still pending, but Mr Joyce said he “wasn’t about waiting for things like that” and that this was about “supercharging” the region.

“This pipeline will be capable of transferring 100 gigalitres of water every year to agricultural, industry and community water users in the Bowen region,” he said.

LNP candidate for Dawson, Andrew Willcox said this project will also promote economic growth across the Bowen region and beyond by supplying water to the Abbot Point State Development Area.

“I’m thrilled with this commitment from the Coalition Government. Water security on this scale is a game-changer for primary industries in our local region,” Mr Willcox said.

“[It will] enable a $300 million yearly increase in horticultural production in the Bowen region, along with supporting water security for communities and businesses in Bowen, Inkerman, Gumlu and Guthalungra.”