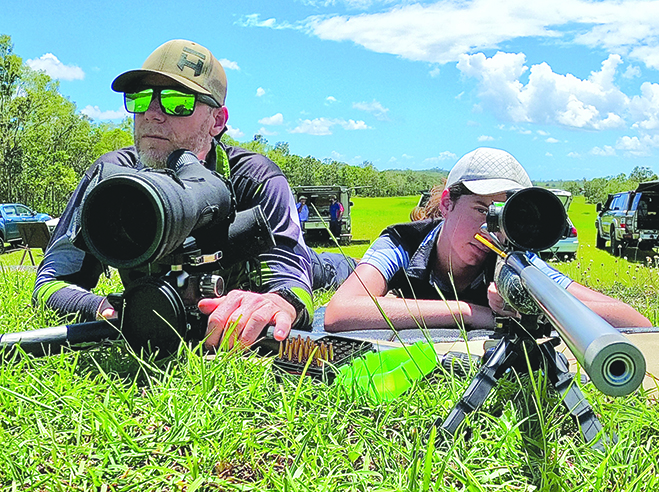 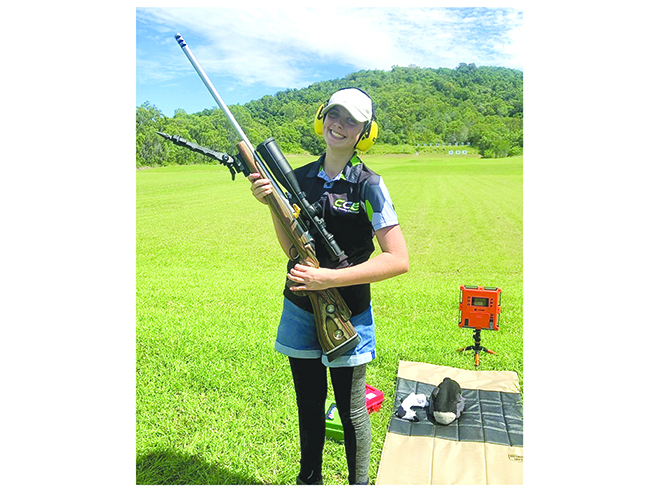 Father-Daughter Duo On Target For Mackay

Local Mackay Rifle Club junior, Kylah Norris has been selected to represent the district at the North Queensland Pennants Team shoot, on August 6 and 7 in Townsville.

The grade 10 student has been hand-picked from the best shooters of four local clubs to join a team of four other shooters to go head-to-head with teams from Townsville and Cairns.

Kylah regularly shoots at the Mackay Mt Vince Rifle Range alongside her dad, Terry Norris. Terry is also included in the Mackay district team and will shoot alongside Kylah in Townsville.

Terry coaches her each Sunday at the local club shoot and has noted the sharp acceleration in Kylah’s skills and confidence over the last 6 months.

“She has a natural ability to read the wind, perfect trigger control and shot routine that sets her apart from more experienced shooters,” Terry said.

Other senior club shooters have also been impressed with Kylah’s control and processes as well as her natural ability which made her an attractive choice to join the Mackay team.

Kylah normally shoots in the sporter/hunter class at the club, which covers any standard off the shelf hunting rifle, but will be sharing her dad's more powerful target rifle for the competition. With the countdown on, Kylah has her final preparations underway and will send a few hundred rounds down range over the coming days to sharpen her skills.

The North Queensland Pennants competition is shot over two days at distances of 600, 800 and 900 metres. The team with the highest aggregate score after the two days of competition will be crowned the North Queensland team champions. In the past, the Cairns club have proven to be a force to be reckoned with, but Mackay is hoping that with the addition of new young talent they might pip the experience of the other district teams.

Kylah Norris regularly shoots up to 1000 metres with her factory rifles. Photos: Supplied