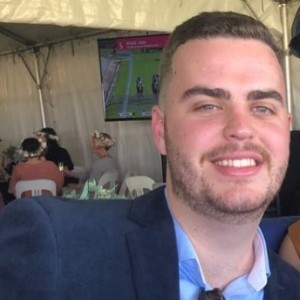 A memorial cricket cup and all-day event is on at Harrup Park this Saturday, honouring the memory of a talented young man taken too soon.

Finley Smith was known as an ‘ambassador’ and ‘future leader’ within the Mackay Community.

Finley had a successful career working in real estate with his father at Gardian. However, on 15th February 2022, at age 25, Finley unexpectedly passed away due to an epileptic seizure, leaving a big void in the lives of his family and friends.

Many described Finley as a compassionate and spirited young man who lit up any room he walked into. Friends described him as a man with quick wit, a cheeky laugh, sense of humour and loveable nature.

With the fast-approaching first anniversary of Finley’s passing, the people closest to him found a special way to remember him. And so was born the Finley Smith Memorial Cup. The event is an all-day cricket tournament that celebrates Finley’s life and love for cricket, while bringing the community together to help raise awareness for epilepsy.

The inaugural Finley Smith Memorial Cup will be held at Harrup Park on Saturday the 14th of January 2023. The day will see six teams competing in a round robin style competition, raffles, and an awards presentation.

All funds raised from this event will go to Epilepsy Action Australia (EAA) and honour the beloved Finley Smith. The event has brought friends, family, and even strangers unaware of Finley’s story closer together. So far, the Finley Smith Memorial Cup has helped raise an outstanding $24,640 as at January 10 for EAA and has no intention of stopping there.

To purchase a ticket to The Finley Smith Memorial Cup, donate $30 and show your donation receipt at the door on the day. Donate online, https://bit.ly/3B7xTGA

For more information on the event, visit http://bit.ly/3vNUIgl