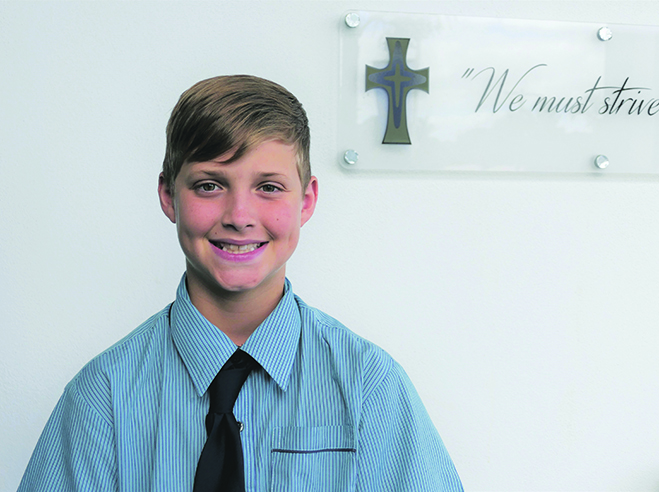 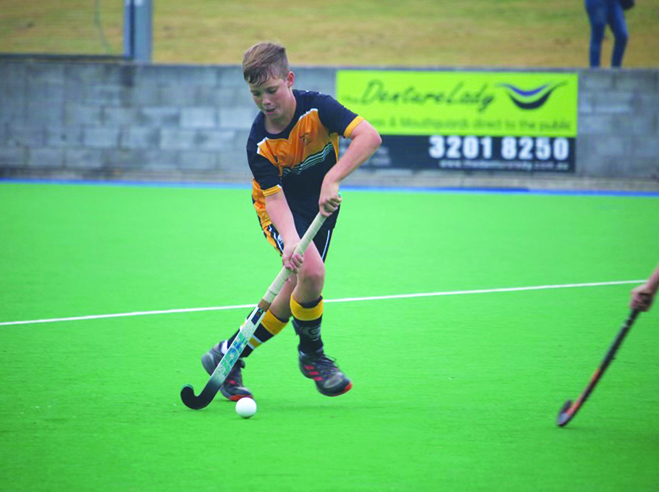 Hockey is a family affair and much talked about subject in the Davies household at East Mackay.

Most of the conversation centres around the exploits of 12-year-old Matthew Davies, regarded as one of the brightest young hockey midfield prospects in the State.

The Mercy College Mackay student is gearing up for a busy sporting campaign over the next two months when he represents Queensland at both the National SchoolSport Australia 10-12yrs Carnival in Canberra and Junior Under 13 Hockey Championships in Hobart.

While a proud Davies anticipates a hectic travelling schedule in coming weeks, he is thrilled to be donning a Queensland jumper in elite competition and testing his skill and prowess against the best young hockey talent in the country.

“I can’t wait to fly down to Canberra in a few weeks for the SchoolSport Australia 10-12yrs Hockey Championships,” revealed Matthew, who is a product of the local Mackay Hockey Association.

“We know the competition will be tough but our squad has worked really hard in preparation for the event and realise that we have to consistently produce our best to stay in the mix for the title” he said.

Queensland will field a strong combination for the National SchoolSport 10-12yrs tournament that will be staged in the ACT from Sunday August 21 to Friday August 26.

Matthew showed his leadership qualities during the recent Under 10-12yrs Schools State titles in Ipswich by skippering Capricornia to a second placed finish behind joint winners Metropolitan North and Wide Bay.

The midfield ace was at his dynamic best – inspiring the Capricornia team to a 3-1 victory over Wide Bay and 1-all draw with Met North in the preliminary rounds in one of the hardest-fought campaigns on record.

Young Matthew hails from good hockey stock – his mother Tanya was an astute midfielder in her heyday with Norths Hockey Club while elder brother Lachlan,15, is a promising representative striker in the Mackay Juniors.

Both Tanya and Lachlan have carved out illustrious careers in the sport and have offered valuable hockey tips to Matthew during his development phase which has sharpened his mindset.

Since taking up hockey at the age of six while a student at St Mary’s Catholic Primary School in Mackay, a determined Davies has shown a maturity that far belies his years.

Matthew has represented Mackay for the past five seasons and looks forward to 2023 when he can officially start playing competitive club hockey from the Under 13s.

He has enjoyed wearing the Mackay colours at various age group Carnivals and competing for his region and State since the age of 10, but the loyal Davies is keen to line up for Norths with his local hockey mates and participate in regular club competitions.

There is no rest for Matthew at the completion of the National SchoolSport Australia Hockey Championships.

On his return from Canberra, the midfield maestro will join his Queensland representative team mates to prepare for the 2022 Hockey Australia National Under 13 Championship Carnival in Hobart from September 28 to October 4.

A competitive warrior on the field, the fast-developing Davies is relishing the opportunity.

Mackay’s dual Queensland junior hockey representative Matthew Davies in action for Capricornia at this year’s State Schools Hockey titles in Ipswich. The midfield trump will wear the maroon colours of Queensland in the National SchoolSport Australia 10-12yrs Hockey Championships in Canberra from August 21-26 and National Hockey Australia U/13 Championships in Hobart from September 28 to October 4. Photos: Supplied