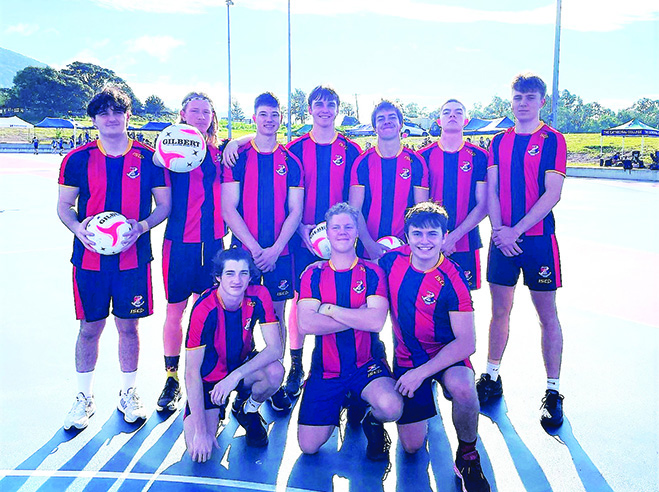 What do you get when you mix a cluster of male schoolboy athletes with strong links to basketball, AFL and boxing?

Answer: a highly competitive boys netball team that has captured the imagination of the Mackay sporting public.

The eleven boy netballers hail from the famous St Patrick’s College sporting nursery and created history last week when they competed in the inaugural Boys competition at the 2022 Queensland Independent Secondary Schools Netball tournament in Mackay.

Leading into QISSN, the team finished runners up to Emerald State High School at the Vicki Wilson Cup tournament staged in Yeppoon where they registered three wins from four matches played.

But despite the loss there was a silver lining for the Mackay based athletes.