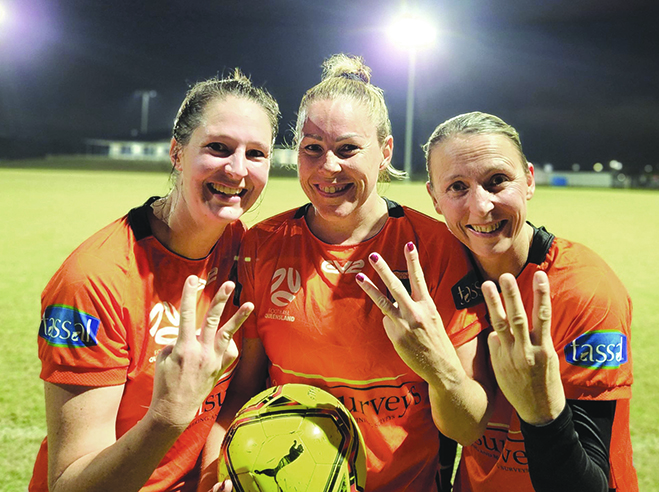 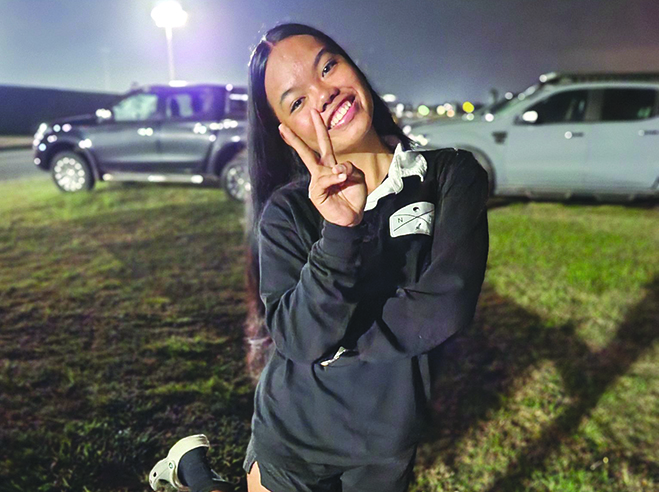 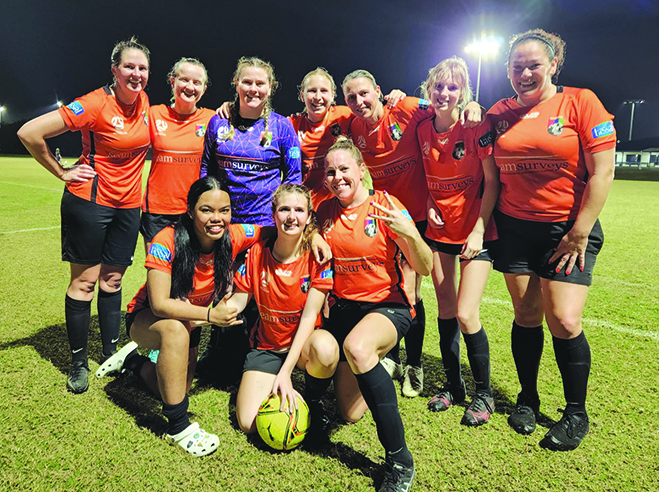 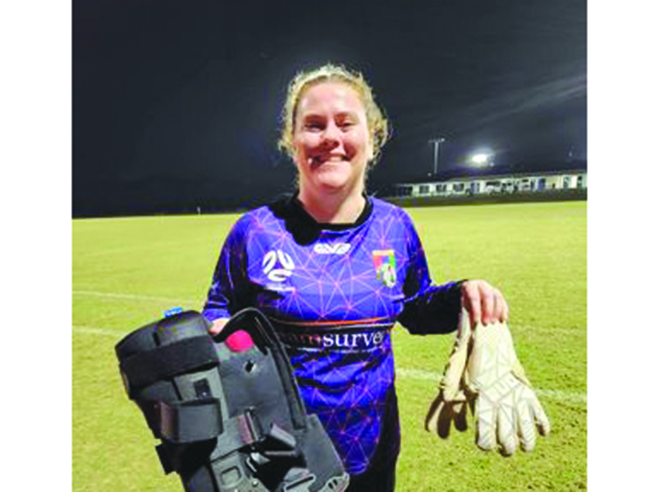 What a weekend for Whitsunday United with brilliant performances across all age groups.

The wins came early with both Division 1 Men and Women travelling to Mackay for their games. The Men's side faced off against Lions and continued their good form by bringing back three points in a 3-0 win. Goals came from the boots of Josh Lowe, Jake Flaherty, and Phillip Mcallister.

A story of resilience from the Div1 Women – barely able to get a team together for the fixture and on the verge of forfeiting before the match had even begun, they called on some injured players.

The Women’s side then managed to pull off a fairy tale victory against Sarina with a final score of 11-1. Three girls scored a hat-trick of goals: Kirsty Smith, Abi Worby, and Sonya Quod all finding the back of the net with regularity.

Mabel Gudes scored a couple to top off a memorable night. Keely Salty displayed the courage and grit starting to become a Whitsunday trademark, taking off her moon boot to play in goals and help her team. Super star!

U14 Div1 continued their superb form against Rangers and were in control from the start with an early goal to Charlie Fendley opening the floodgates.

Goals from Jacob Godden, Josh Faletti, and Harry Squires had the score at 5-0 at half time. After a dominant first half, the intensity dropped and the final score was 6-1 – a convincing win.

Unfortunately, the unbeaten U14 Premiere side didn’t play due to a forfeit from the opposition.

Whitsunday Sports Park hosted the action from 3pm on Saturday. The U16 Prems stepped up the pressure after a slow start and didn’t waste time getting on top of the Dolphins side – racing to a 3-0 lead at half time.

The second was an impressive display of teamwork, creating opportunity after opportunity, and hitting the post four times, the final score was 4-1. A satisfying result with two goals each to Kobi Miller and Jazz Knezevic. Lincoln Sokolski-Fricker was outstanding in defence and with his attacking raids.

Our Premier Women played the top of the table Lions side and faced an uphill battle with a limited player roster. Coach Peter Farrell was pleased with the team's effort: "To go down by only two goals against Lions is an impressive result with the players we have missing at the moment,” he said.

Both Men's sides were pumped and ready to take on both Lion's sides in their respective grades in front of a large and vocal home crowd. Particularly the Men’s Whitsunday Premiers team, who would tackle the Premiership leading Lions.

The U23's started off the proceedings and dominated from the outset, putting the Lions off their usual game with fast and physical play. With James Vodicka (1) and Nick Hansen (2) doing the damage, the satisfying 3-0 victory puts the side in strong contention for the finals with three teams tied on 16 points, but Whitsundays having two games in hand over the others.

In the match of the day, the Whitsunday Premier Men were determined to avenge previous losses and make a claim for the Premiership - and what a statement they made.

In a hard and physical game played at a furious pace, the Whitsunday Men were the better side all over the park. The yellow cards were flying with neither side taking a backward step but ultimately it was the class and speed of the Whitsunday squad that won through.

Led by displays of individual brilliance by midfielder Scott Ferries, as well as Hayden Filby, the home side rallied for an emphatic 3-1 victory. Goals from Hayden Filby - running into the centre of the box, striking the ball into the side netting - and two penalties, one from Tommy Torzsok, and the other from Ben Seago, inspired the victory.

The team song rang out loud and clear over the sports park that night.

With four games left in the season, the Men’s Premier Side are closing in on a potential league title should they win the remainder of their games. They played Mackay Magpie Crusaders on Wednesday – a result not known at the time of writing.

It was a huge win for the Division 1 side, which set the tone for a miracle weekend across the entire club

Mabel Gudes with two goals in the game, her reward for constant hard work