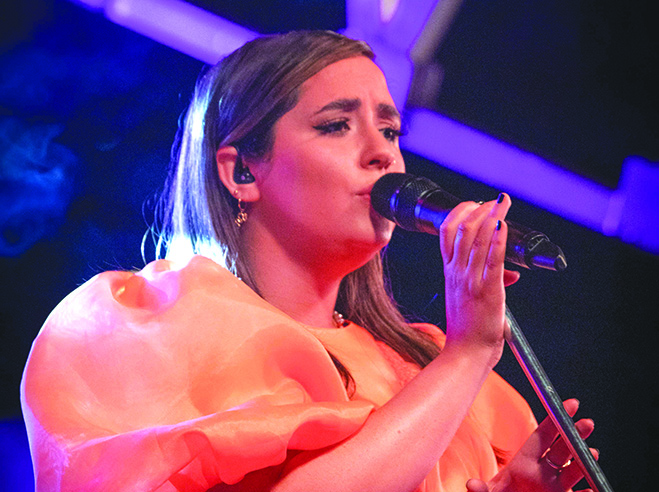 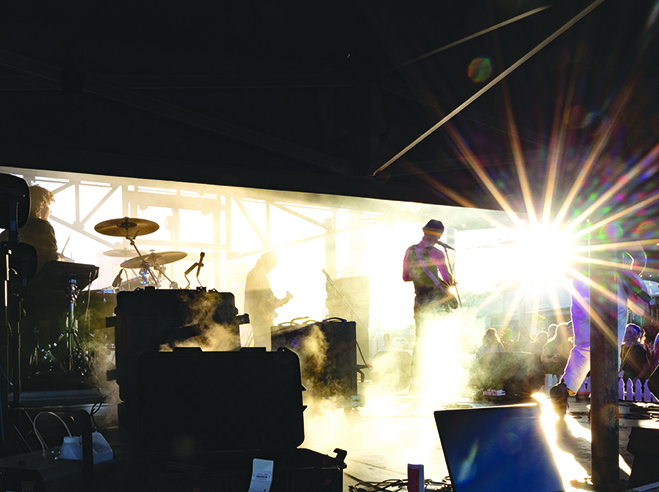 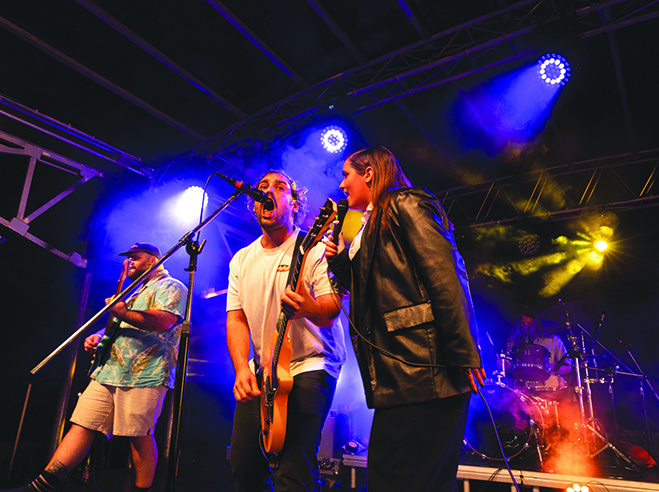 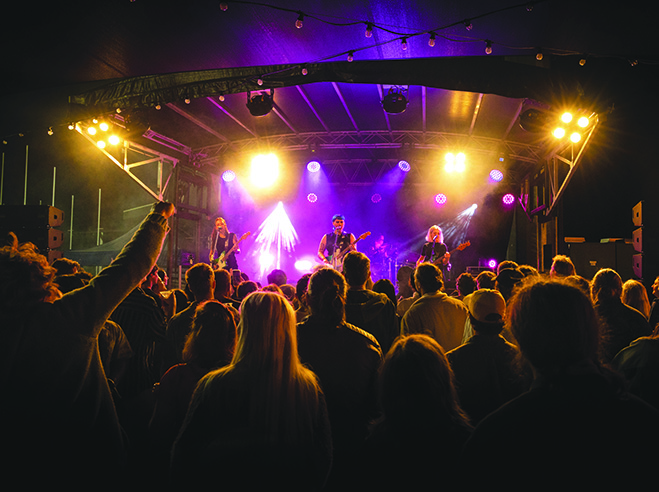 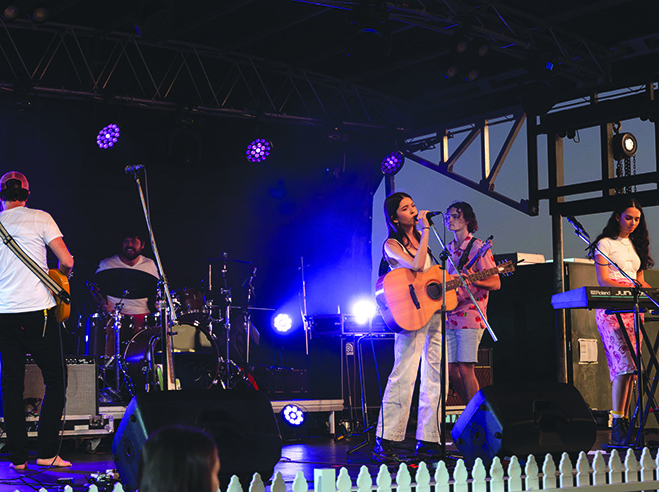 One of Mackay’s favourite musicians, Tia Gostelow, announced her first hometown festival Sugardrop Festival earlier in the year, aiming to bring a new bevy of musicians to our town.

The crowd gathered at the Harrup Park Garden Bar, with Brisbane-based band Mt. Nadir taking the stage as the Hawks and Swans Senior Women’s AFL sides faced off on Great Barrier Arena to the left.

The setting afternoon sun shone across the stage as the band, featuring two members originating from Mackay, embarked on their debut set in the sugar city.

As a newly formed band with an unreleased repertoire, Mt. Nadir enlightened audiences with a unique sound dipping its toes in punk, emo and indie rock.

Closing with an anthemic rendition of The Killers’ When We Were Young, Mt. Nadir well and truly announced themselves to Mackay and Tia’s first festival was off to a cracking start.

Next to the stage was Amber Farnan hailing from far north Queensland.

This was also Amber’s Mackay debut and she brought a whole band along for the show, resulting in an immersive set of folk-tinged indie pop.

She received recognition from the Queensland Music Awards and the Australian Women in Music Awards over the last couple of years and it wasn’t hard to see why.

On the back of releasing two singles this year, Amber’s endearing set was the perfect soundtrack to a setting sun, launching the crowd into their night of entertainment.

As the only interstate band on the line-up, Teen Jesus and the Jean Teasers took to the stage to a growing and enthusiastic crowd.

The Canberra band had fans on their feet and singing along throughout a set of gritty grunge tunes, featuring a perfectly suited cover of Avril Lavigne’s Girlfriend.

Giving Mackay a taste of what the rest of Australia will experience on their national tour later this year, Teen Jesus and the Jean Teasers closed with their huge 2021 hit AHHH!, inciting a huge singalong from the crowd.

Bucking the trend of debuts, Beddy Rays brought their raucousness to Mackay for the third time this year.

It’s no wonder they keep coming back, as Mackay seems to always turn out in force to see their powerful punk riffs live.

There was plenty of energy and headbanging from the crowd and the band alike, particularly when Tia was welcomed to the stage for a cover of Thelma Plum’s Better in Blak which is always a highlight.

Closing with their ode to drinking beer with mates in the Queensland sun, Sobercoaster, the Brisbane band once again proved why they’re a Mackay favourite.

Speaking of Mackay favourites, the person behind the whole show was next to the stage to finish it off in style.

This was Tia Gostelow’s first hometown performance in three years and audiences were clearly eager to experience some of their favourites live again.

Her career-spanning set had everyone keen for a boogie and featured favourites Strangers, Two Lovers, Always and a cover of Dua Lipa’s viral earworm Levitating.

Tia would frequently pause and appreciate, assuring the crowd of how much the whole day meant to her.

Tia’s goal of bringing bands to a stage and crowd that they wouldn’t normally get to perform in front of was clear in the lead-up to Sugardrop Festival and she undoubtedly achieved it.

With a unique setting and a diverse line-up teeming with talent, let’s hope Sugardrop Festival returns and becomes a mainstay on the Mackay music calendar.

Tia Gostelow had crowds enthralled at her first festival Sugardrop