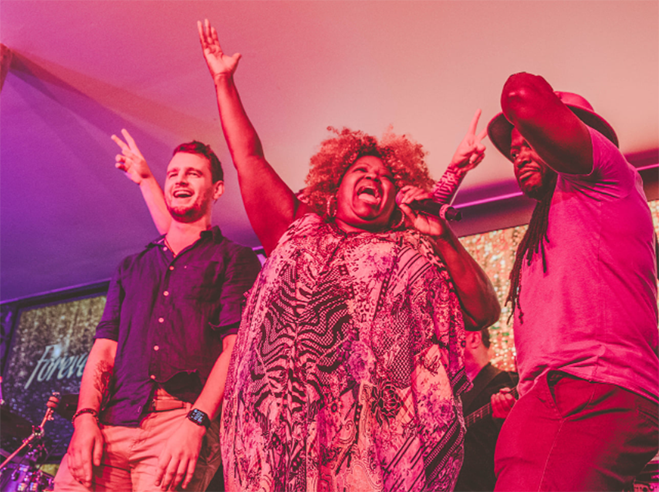 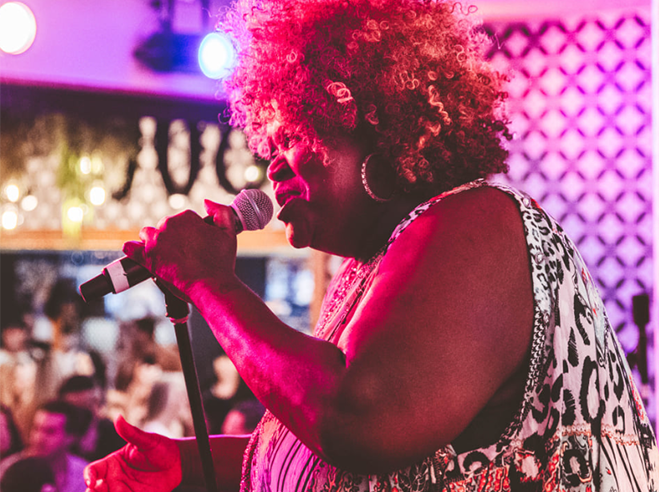 The Pub Is Jumpin’

Last time the beautiful and bodacious Lisa Hunt performed on the Bar Top Stage at ‘The Pub’, the soulstress tore down the roof with her ‘Forever Soul’ Show.

Her undoubted stage presence was what lured the enormous crowd to the hotel last time, the impressive songstress’ voice attracting people from near and far.

Audiences at The Airlie Beach Hotel on that night could hardly forget when she took the place by storm, and the now Byron Bay-based singer will be returning to treat the seaside town again on Saturday 28 and Sunday 29 May.

With her Forever Soul show back and better than ever at ‘The Pub’, Hunt is bringing with her Motown music and soul, as well as funk rhythm and blues for the completely free outing.

A singer in the great African American tradition of gospel music, Hunt emerged as a soul sensation in the 80s and has kept the music pumping all that time.

With a background in studying music at The City College of New York, Hunt was a soulstress made in the Big Apple, but it’s her natural vocals that set her apart from the rest.

A storied career featuring numerous compilations around the globe, both as singer and songwriter, she’s sold more than a million records as of 2015.

When she headed to the continent, she became an absolute sensation in Italy – a place of powerful musical heritage, seeping with strong voices.

She featured as a vocalist on tour and recordings of Zucchero Sugar Fornaciari for almost a decade and has worked with a range of artist from Pavarotti To Ray Charles – talk about a resume!

She’s shared the stage with the greats like Eric Clapton, James Brown, and even Andrea Bocelli, and now she’s at your favourite local, and the crowds are going to be loving it.

There are few places in town to get a meal and a show, especially one of this calibre – so book your tables for the Airlie Beach Hotel and experience soul, sister.

Soulstress Lisa Hunt performed one of the best ever shows at The Pub last year, and now she’s back