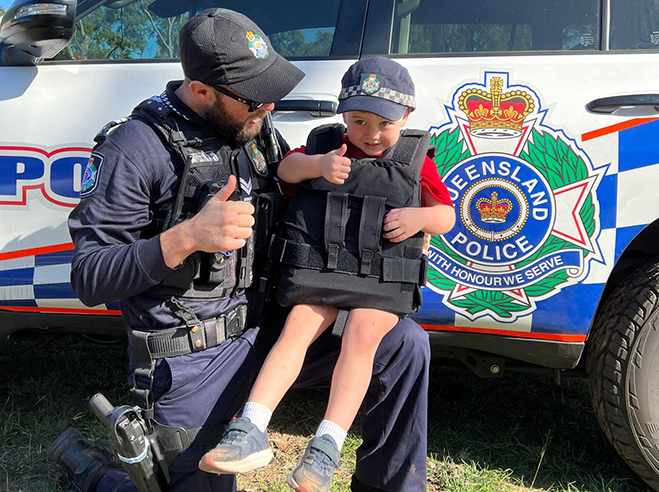 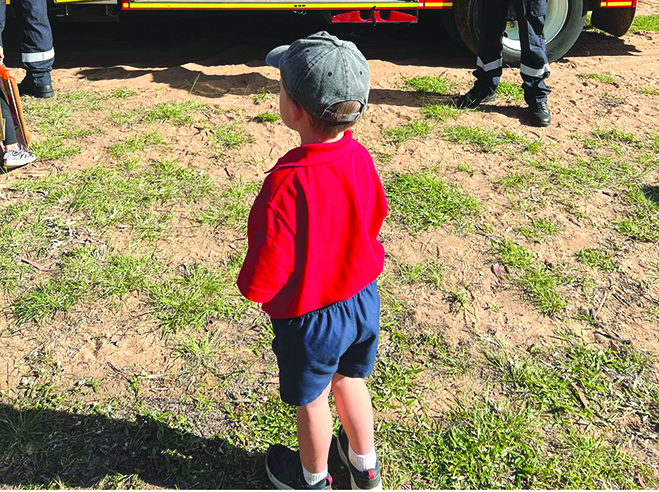 River Robertson is obsessed with police, or as he likes to call them, “coppers”.

Mrs Robertson says River has a developmental delay, autism and ADHD and typically struggles when interacting with new people but took to SC McIntyre immediately.

“He was so patient with River because River usually doesn’t like new people,” she said.

“I’ve never seen River sit on anyone’s lap at all that he doesn’t know.”

River got to wear a police vest and hat and got tours of a police car and fire truck from the friendly police and fire service staff, even getting to sit in the back of the paddy wagon.

“It was just a really, really nice moment for him, he’s still talking about it.”

“Having such a positive experience with someone that he looks up to gives my husband and I a lot of comfort as parents, that if anything was to ever happen that River can identify a police officer as a safe person he can trust,” she said.

“There were literally hundreds of kids there but they made sure that each child got their own time and they treated them all with respect.”

“They really made all the kids feel really special.”

“We are extremely thankful for the Police in our community and for their dedication to the children.”

Although only four, Deiya is already predicting a career in law enforcement for River.

“I definitely think that River would probably aspire to be a police officer or a fireman,” she said.

“This is an obsession he’s had since he could recognise what they were.”

Police-obsessed River got to meet one of his heroes

River was given tours of police cars and fire trucks and even got to sit in the back of the paddy wagon. Photos supplied: Deiya Robertson